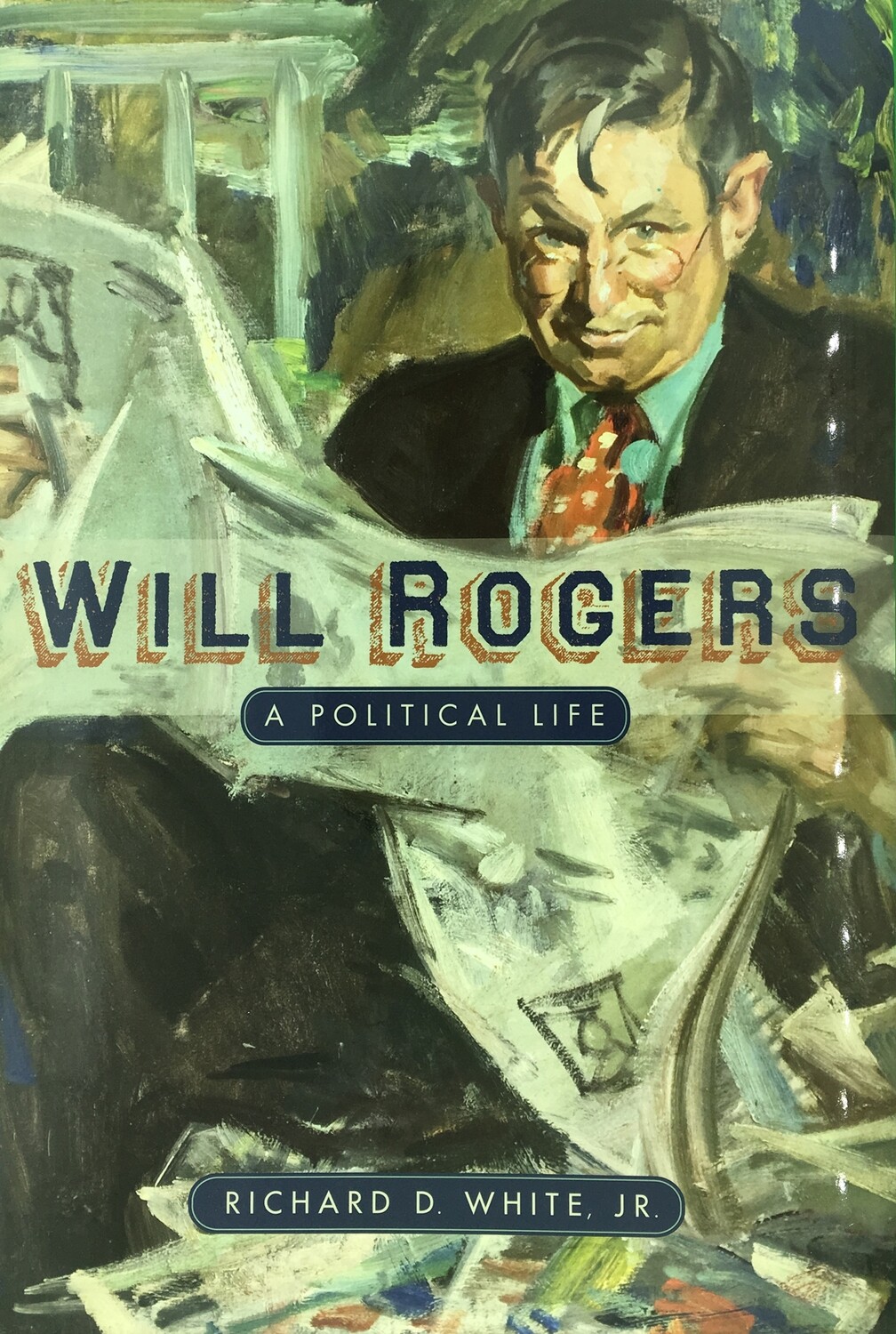 Will Rogers - A Political Life

He was the top male box office attraction at the movies, one of the most widely read newspaper columnists in America, a radio commentator with an audience of more than 60 million, and a globetrotting speaker who filled lecture halls across the land. But how did humorist Will Rogers also become one of the most powerful political figures of his day?

From just before World War I, through the Roaring Twenties, Prohibition, and the Great Depression, Rogers provided a refreshing yet sobering appraisal of current events and public policy. Through him, millions formed their opinion of President Wilson’s quest for a League of Nations, debated freedom of speech and religion during the Scopes Monkey Trial, questioned the success of several disarmament conferences, took pity upon the sufferers of the Great Flood of 1927, and tried to grasp the awful reality of the Great Depression.

Rogers visited Washington often to attend congressional sessions and official receptions, testify at hearings, meet with cabinet officers, and speak at the exclusive Gridiron and Alfalfa Clubs. His open access to the Oval Office, the Senate cloakroom, and other inner sancta of national power was unmatched for someone not holding public office.

In this groundbreaking biography Richard D. White argues that the nation’s most popular entertainer was not only an incisive political commentator but also a significant influence upon national leaders and their decisions. When Will Rogers perished in a plane crash in Alaska in 1935, Americans lost their most popular and beloved humorist, a man who put smiles on their faces, took their minds off war and depression and, for a moment, allowed them to laugh at his cracker-barrel humor and ultimately themselves. But Americans also lost their most trusted source of reason, a man who, more than any other, broke down the complex issues of the day and gave them a critically honest appraisal of American politics and world affairs.