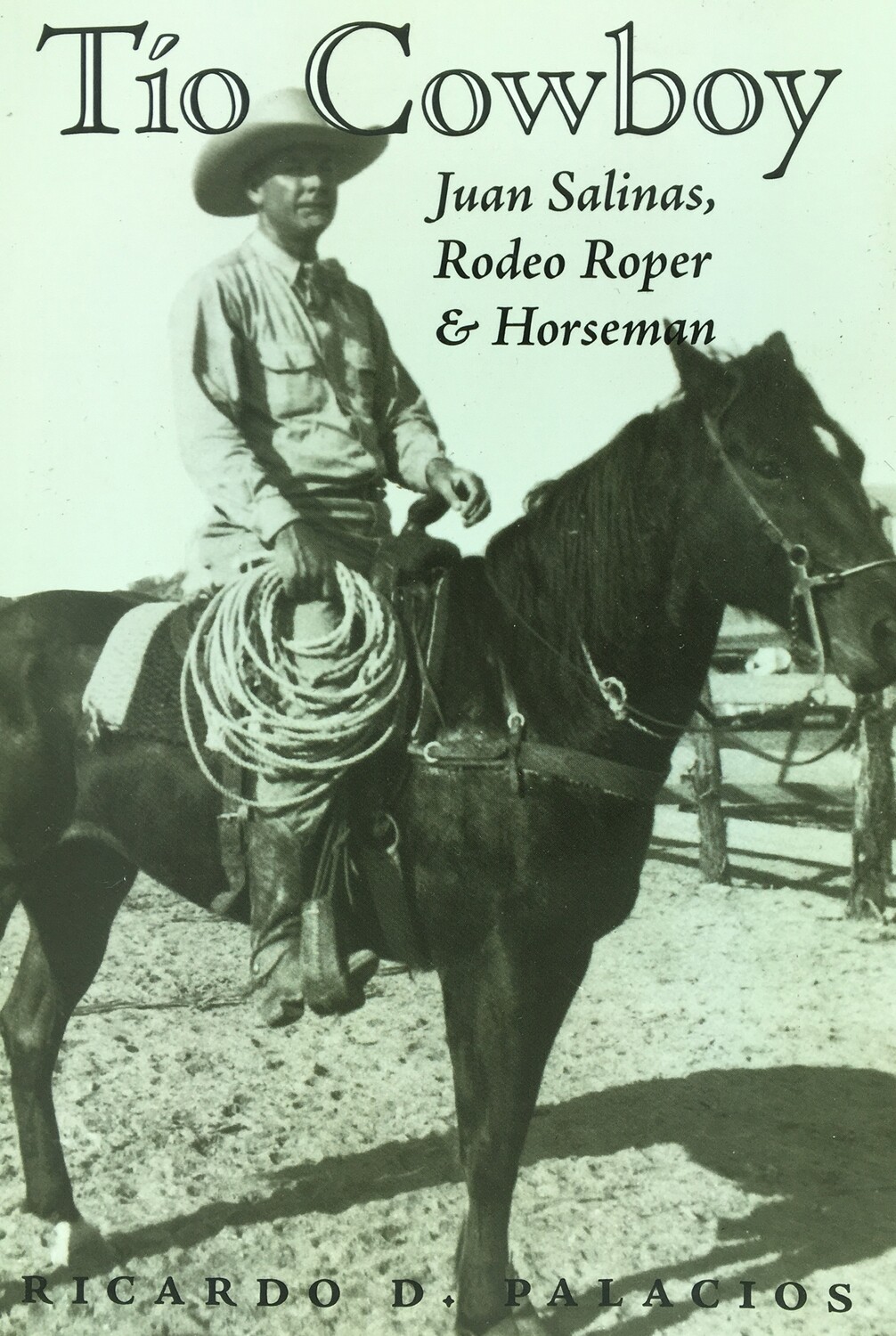 One of the best tie-down calf ropers ever to come out of South Texas, Juan Salinas grew up on a 15,000-acre ranch near Laredo, with the finest of horses to ride and hundreds of head of cattle to practice on. He roped in Texas rodeos large and small from the mid-1920s to 1935. From 1936 to 1946, he followed the national rodeo circuit, competing from Texas to New York’s Madison Square Garden. At the time, few if any other Mexican Americans competed in rodeo, and Salinas drew a lot of attention.

Salinas also operated his family’s Texas ranch, where he ran cattle and raised prize roping quarter horses. In this account of his life and career, Salinas’s nephew, Ricardo Palacios, recounts the many tales his uncle told him—tales of friendship with Gene Autry, going to Sally Rand’s wedding reception, riding on the Rodeo Train, and sponsoring seven-time world champion tie-down calf roper Toots Mansfield. He also narrates life on the range, with his uncle riding across a pasture at full speed, gingerly holding the reins and a thirty-five foot coil of rope in his left hand while swinging the roping loop overhead with his right hand as he chased a three-hundred-pound calf for the throw.

The story of Juan Salinas is also the story of the people of Mexican origin who live on the ranches of the South Texas brush country. Strong, rugged, independent, and hard-working, they knew social and economic success that has all too seldom been chronicled.

Tío Juan was the family cowboy, the hero, the rodeo star, and Palacios tells his uncle’s story with warmth and admiration. In 1991 Salinas was inducted into the Rodeo Hall of Fame of the National Cowboy and Western Heritage Museum. He was also named Rancher of the Year by Laredo’s Borderfest and won the Ranching Heritage Award given by the King Ranch and Texas A&M–Kingsville. In 1993, he was inducted into the LULAC International Sports Hall of Fame. These were, Palacios writes, “fitting tributes to a champion and fine additions to his collection of trophy roping saddles, silver trophies, and champion’s buckles.”