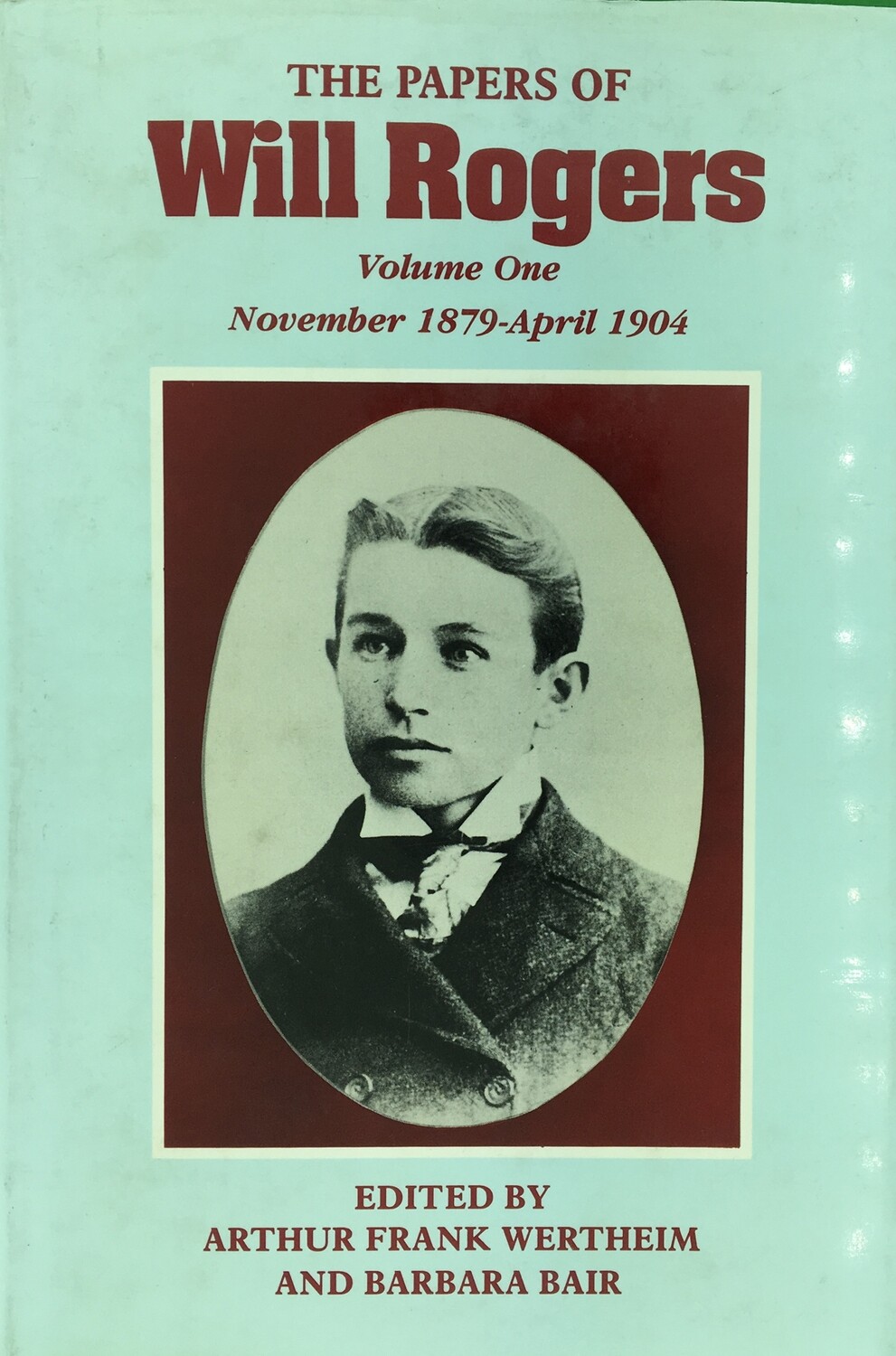 The papers of Will Rogers Volume 1

Horses, friends, ragtime music, and steer roping-those were the interests of the youthful Will Rogers as he came of age in the Indian Territory and traveled to the Southern Hemisphere in this first of six definitive volumes of The Papers of Will Rogers.

By separating fact from legend and unveiling new knowledge via extensive archival research, this documentary history represents a unique contribution to Rogers scholarship and to studies of the Cherokee Nation West. Using many previously unpublished letters and photographs-together with introductions, notes, and biographies of his friends and relatives-volume one illuminates Rogers’s complex relationship with his father, his Cherokee heritage, his early education, first encounters with his future wife, Betty Blake, his voyage to Argentina, and his fledging years in Wild West shows and circuses in South Africa, New Zealand, and Australia.

Coorespondence, performance reviews, and rare newspaper documents spotlight the singular experiences that shaped the young Rogers within the context of his family, his ethnic background, and historical events. No other book describes so provocatively and authentically the genesis of America’s most beloved and influential humorist.

Save this product for later