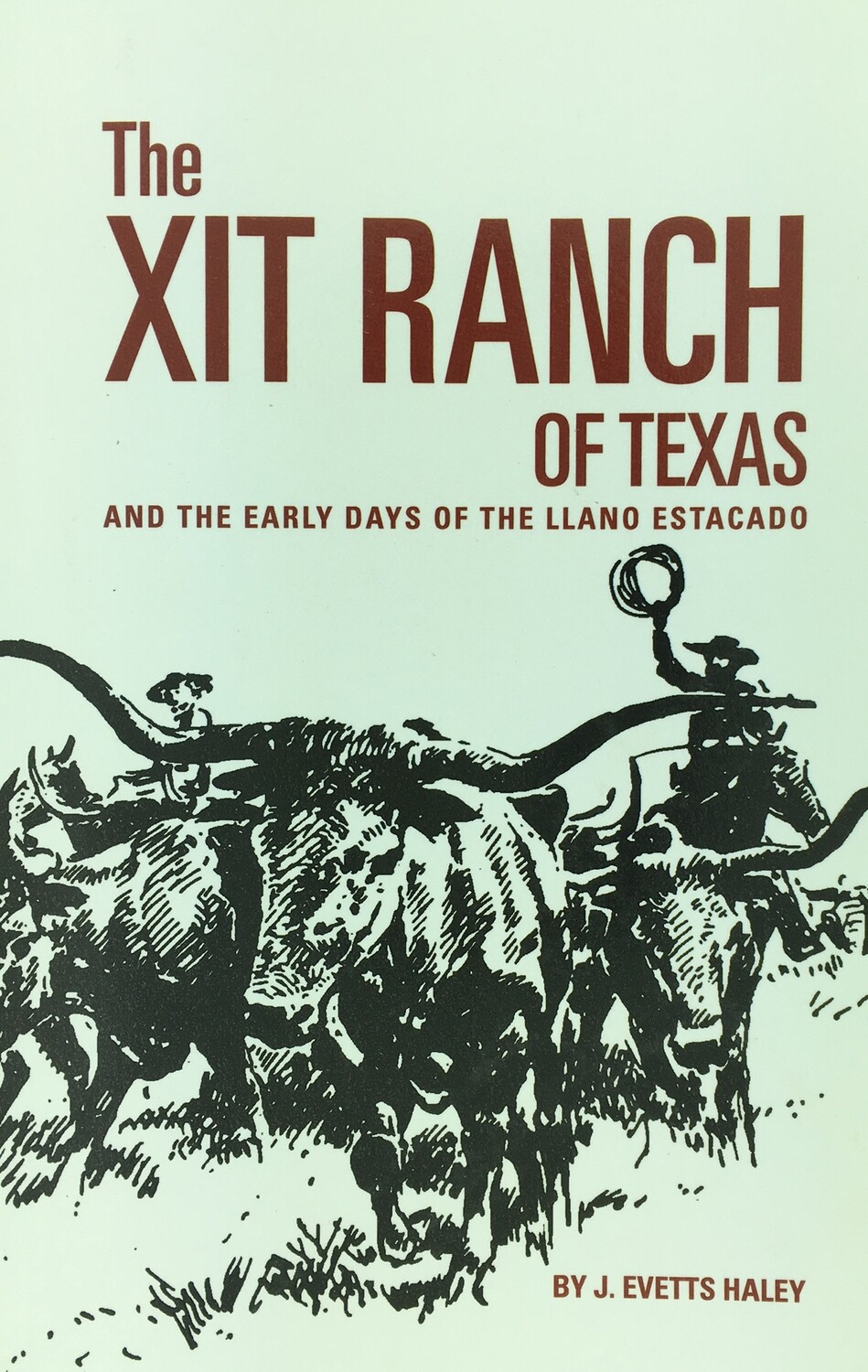 The XIT Ranch of Texas

Among the famous ranch brands of Texas are the T Anchor, JA, Diamond Tail, 777, Bar C, and XIT. And the greatest of these was XIT—The XIT Ranch of Texas.

It was not the first ranch in West Texas, but after its formation in the eighteen-eighties it became the largest single operation in the cow country of the Old West and covered more than three million acres, all fenced.

The state of Texas patented this huge rectangle of land, at the time considered by many to be part of "the great American desert," to the Capitol Freehold Land and Investment Company of Chicago, in exchange for funds to erect the state capitol building in Austin. This "desert" became a legend in the cattle business, and it remains today a memory to thousands who recall the era when mustangs and longhorns grazed beneath the brand of the XIT.

The development and operation of this pastoral enterprise and its relation to the history of Texas is the subject of this great and widely discussed book by J. Evetts Haley, now made available to readers every· where. It is the story of a wild prairie, roamed by Indians, buffalo, mustangs, and antelope, that became a country of railroads, oil fields, prosperous farms, and carefully bred herds of cattle. The XIT Ranch of Texas is the epic account of a ranching operation about which many know a little but only a few very much. It is the one volume that, more than any other, portrays the early-day cattle business of the West.