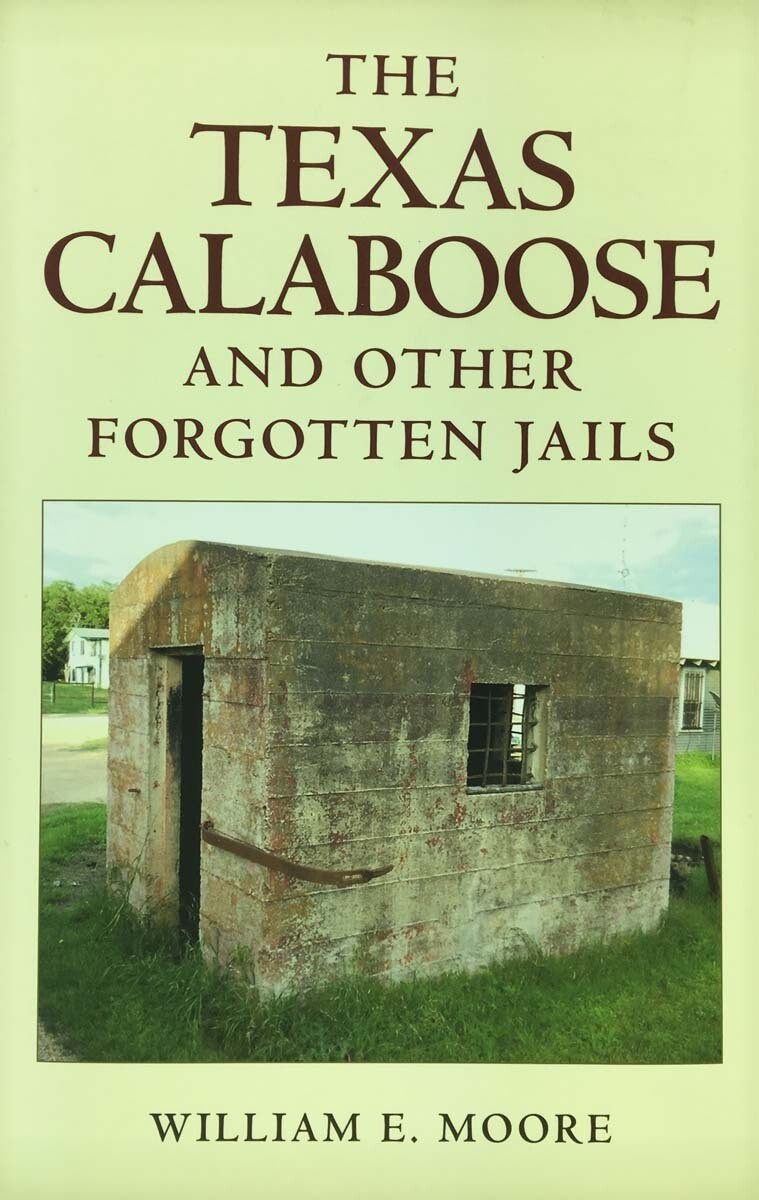 The Texas Calaboose and Other Forgotten Jails

A calaboose is, quite simply, a tiny jail. Designed to house prisoners only for a short time, a calaboose could be anything from an iron cage to a poured concrete blockhouse. Easily constructed and more affordable for small communities than a full-sized building, calabooses once dotted the rural landscape. Though a relic of a bygone era in law enforcement and no longer in use, many calabooses remain in communities throughout Texas, often hidden in plain sight.

In The Texas Calaboose and Other Forgotten Jails, William E. Moore has compiled the first guidebook to extant calabooses in Texas. He explores the history of the calaboose, including its construction, use, and eventual decline, but the heart of the book is in the alphabetically arranged photo tour of calabooses across the state. Each entry is accompanied by a vignette describing the unique features of the calaboose at hand, any infamous or otherwise memorable occupants, and the state of the calaboose at present. Most have been long abandoned, but because many remain on city or town property, some have been repurposed into storage buildings or even government offices.

In certain ways, these small jails encapsulate the history of outlying communities during a time of transition from the “Wild West” to the twentieth century. Some of the structures have been preserved and cared-for, but despite the stories they can tell, many more are endangered or have already been lost. This definitive guide to tiny Texas jails serves as a record of a unique and disappearing feature of our heritage.