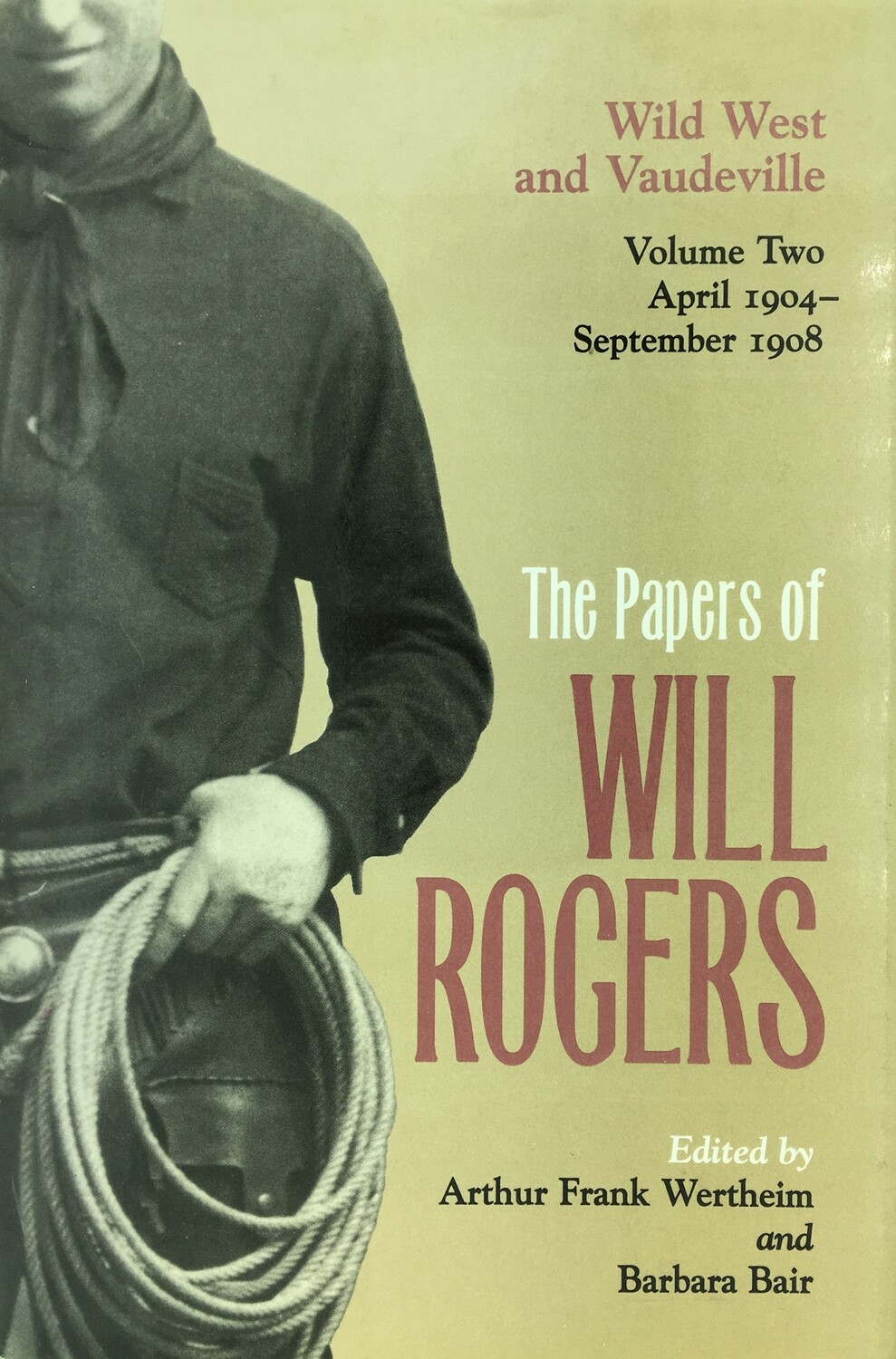 The Papers of Will Rogers Volume 2

The stage career of Will Rogers, one of America’s most influential humorists, began to take shape during the years covered by this documentary history, the second volume in The Papers of Will Rogers.

Between 1904 and 1908, Rogers made the transition from Wild West shows to the vaudeville stage. During these early years, he developed and polished his act, blending his homespun humor with his cowboy skills of roping and horseback riding to the delight of his audience. At the same time he began courting Betty Blake, his future wife. Their on-again, off-again relationship matured as Rogers was realizing his goal of making a career in show business.

Along with Rogers’s personal correspondence, Arthur Frank Wertheim and Barbara Bair present theater programs, performance reviews, and newspaper clippings, all providing detailed snapshots of vaudeville at the beginning of the twentieth century. Much of this material, gleaned from private collections, interviews, and theater-arts collections in New York City and across the country, has never before been published in any form.