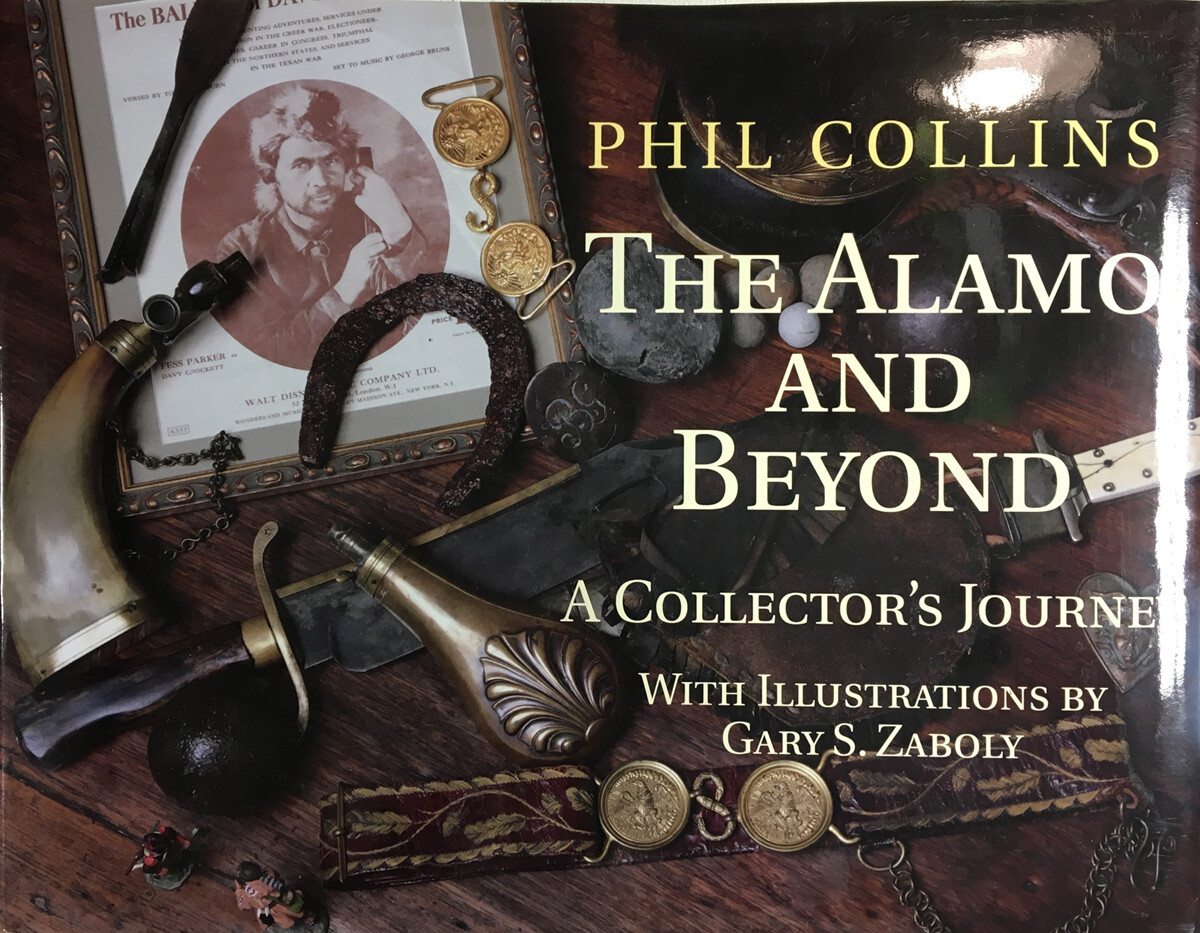 When Phil Collins was a kid growing up in a London suburb, he would often watch an amazing show on his family television. There, in black and white, was Fess Parker as Davy Crockett, King of the Wild Frontier. As he matured, Collins not only acted out the exploits of his new hero, but he often refought the Battle of the Alamo with his toy soldiers. Even though music came to dominate his life, it was this love of history—and Davy Crockett and the Alamo in particular—that was always near by. On one musical tour, Collins encountered his first David Crockett autograph—for sale at a store called the Gallery of History. “I didn’t know this stuff was out there, that you could own it,” the rock-n-roll legend said. “It had never occurred to him. Later, he received a birthday present that would change his life: a receipt for a saddle signed by an Alamo defender. From that point forward, the drummer began building his impressive Alamo and Texas Revolution collection.

Here, for the first time in history, are the artifacts, relics, and documents that compose the Phil Collins collection, available in a beautifully designed color book shot-through with stunning photography and crisply rendered illustrations. Collins’s prose takes the reader through the joys of being a collector as he lovingly describes what each piece in this impressive assemblage means to him. Photographer Ben Powell of Austin brought these items to vivid relief, and artist Gary Zaboly’s masterful pen-and-ink drawings breath life into the items. Essays by Texas historians Bruce Winders, Don Frazier, and Stephen Hardin provide the historical background to the collection and help make this into a work of art that also serves handily as a serious research tool.