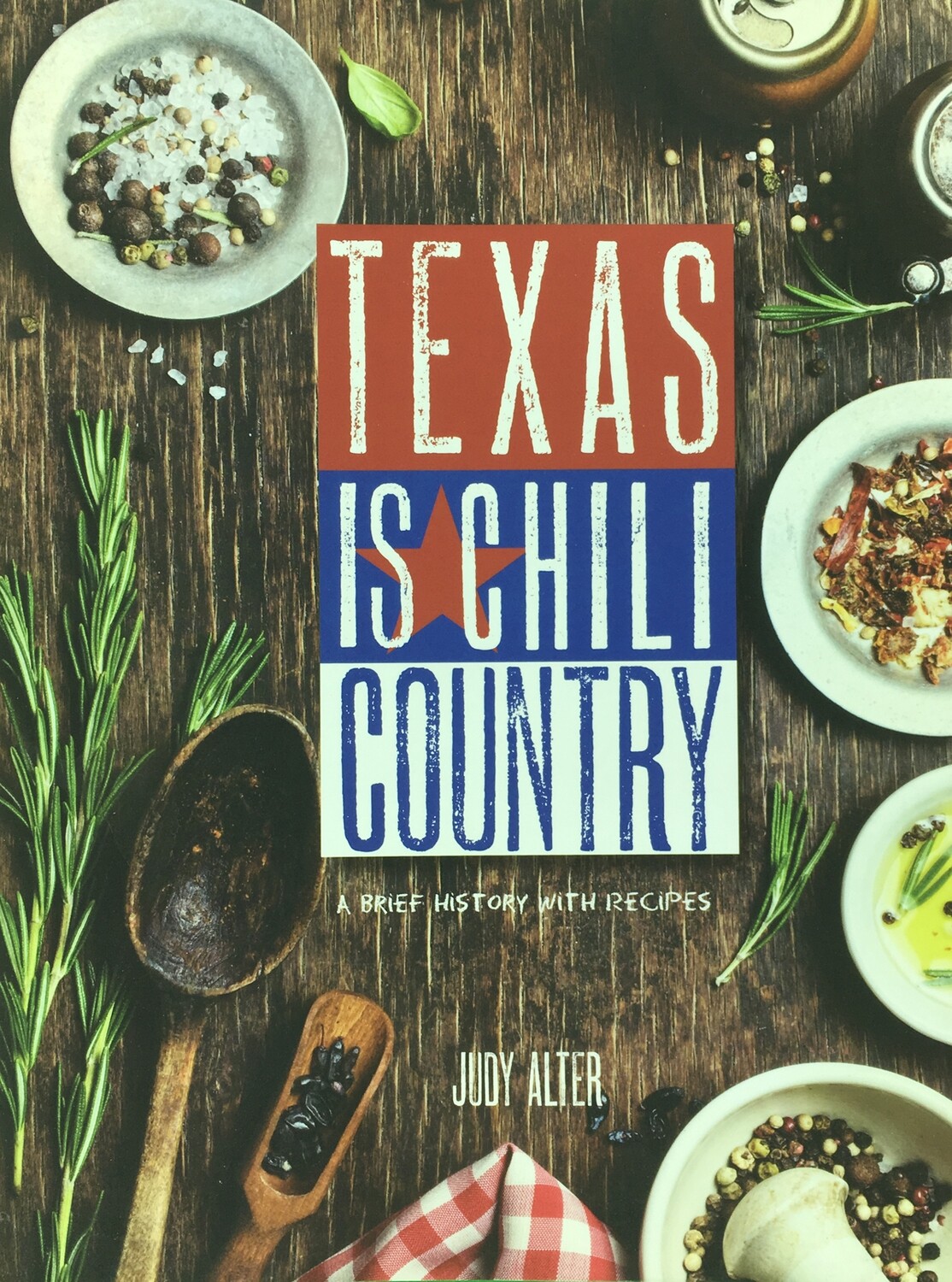 Texans love to eat, and one dish they can’t get enough of is chili―so much so that chili con carne is Texas’s state meal. This seemingly simple staple of Texan identity proves to be anything but, however. Beans or no beans? Beef, pork, or turkey? From a can or from scratch?

Texas Is Chili Country is a brief look at the favored fare―its colorful history, its many incarnations, and the ways it has spread both across the country and the world. The history includes chuckwagon chili, the chili queens of San Antonio, the first attempts at canned chili, the development of chili societies and the subsequent rivalries between them, and the rise of chili cook-offs.

And what would a book about chili be without recipes? There are no-fat recipes, vegan recipes, and recipes from Mexican-American cooks who have adapted this purely American food. Some have been tried, but many are taken on faith. Recipes are included from state celebrities such as Ladybird Johnson, Governor Ma Ferguson, and chili king Frank X. Tolbert.