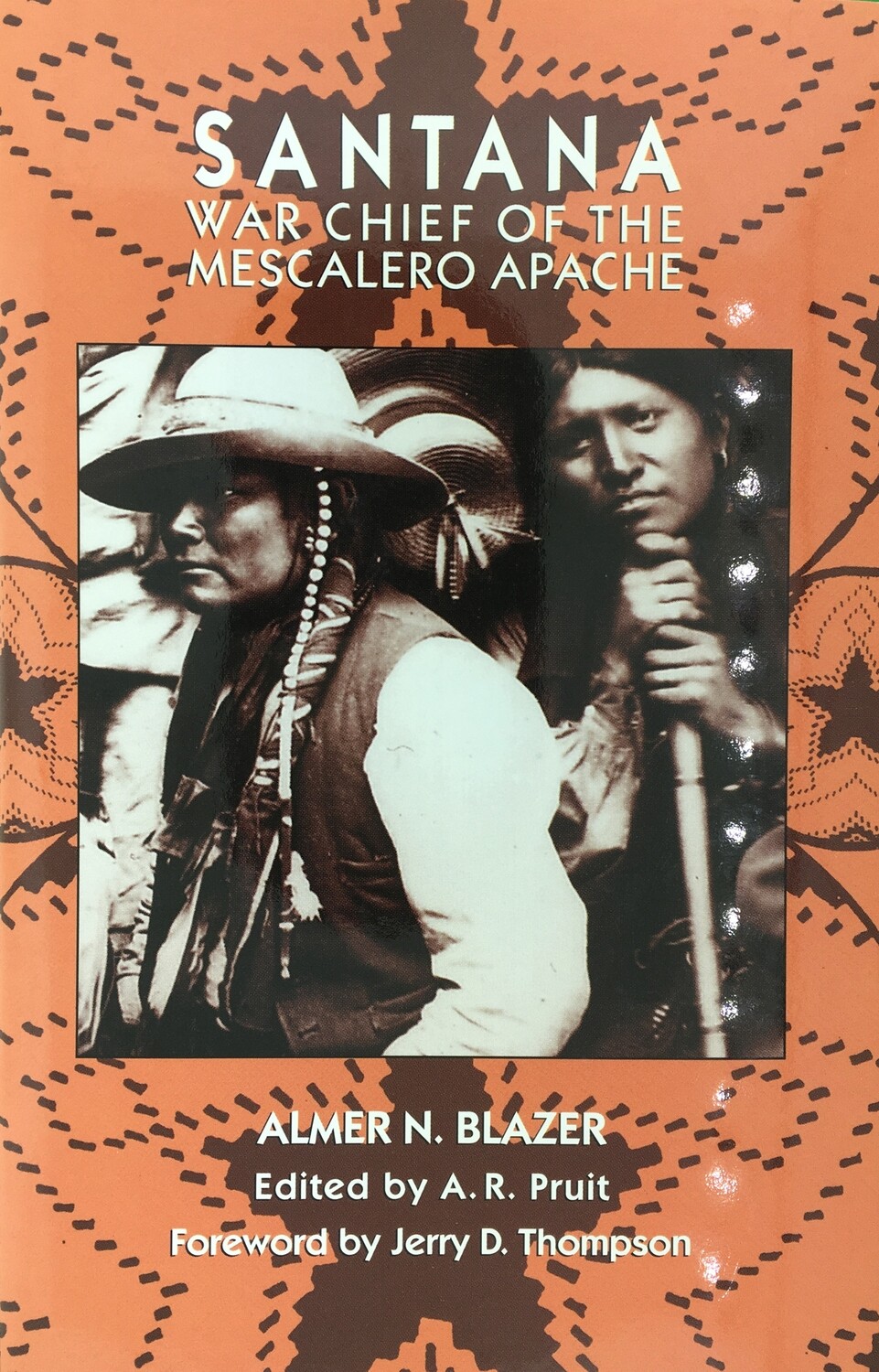 Almer N Blazer arrived in the Mescalero country of south-central New Mexico in 1877. Fourteen years old when he arrived, Almer grew up hunting, fishing, riding and exploring the countryside with his Mescalero contemporaries and became fluent in both Spanish and Apache, the two languages spoken by the Mescalero. He abosrbed the Mescalero culture by living it and by hearing from his father and from older Mescalero tribesmen, the accounts of past leaders, notably Santana, who had died in 1876, one year before Blazer’s arrival in Mescalero. In the words of one grandson “He was as much Indian as white man.”

Although his formal education was limited, Almer’s curiosity about everything that involved the world around him and his work in it led him to become and avid reader, and later a noted inventor and author. He recorded what he had been told about Santana, Mescalero history and certain Mescalero cultural practices. Noted historians Eve Ball and CL Sonnichsen both considered Almer Blazer to be the Anglo most knowledgeable of Mescalero history and culture.

In a time of increasingly violent cultural and religious conflicts in our own world, Santana's story deserves substantial recognition.