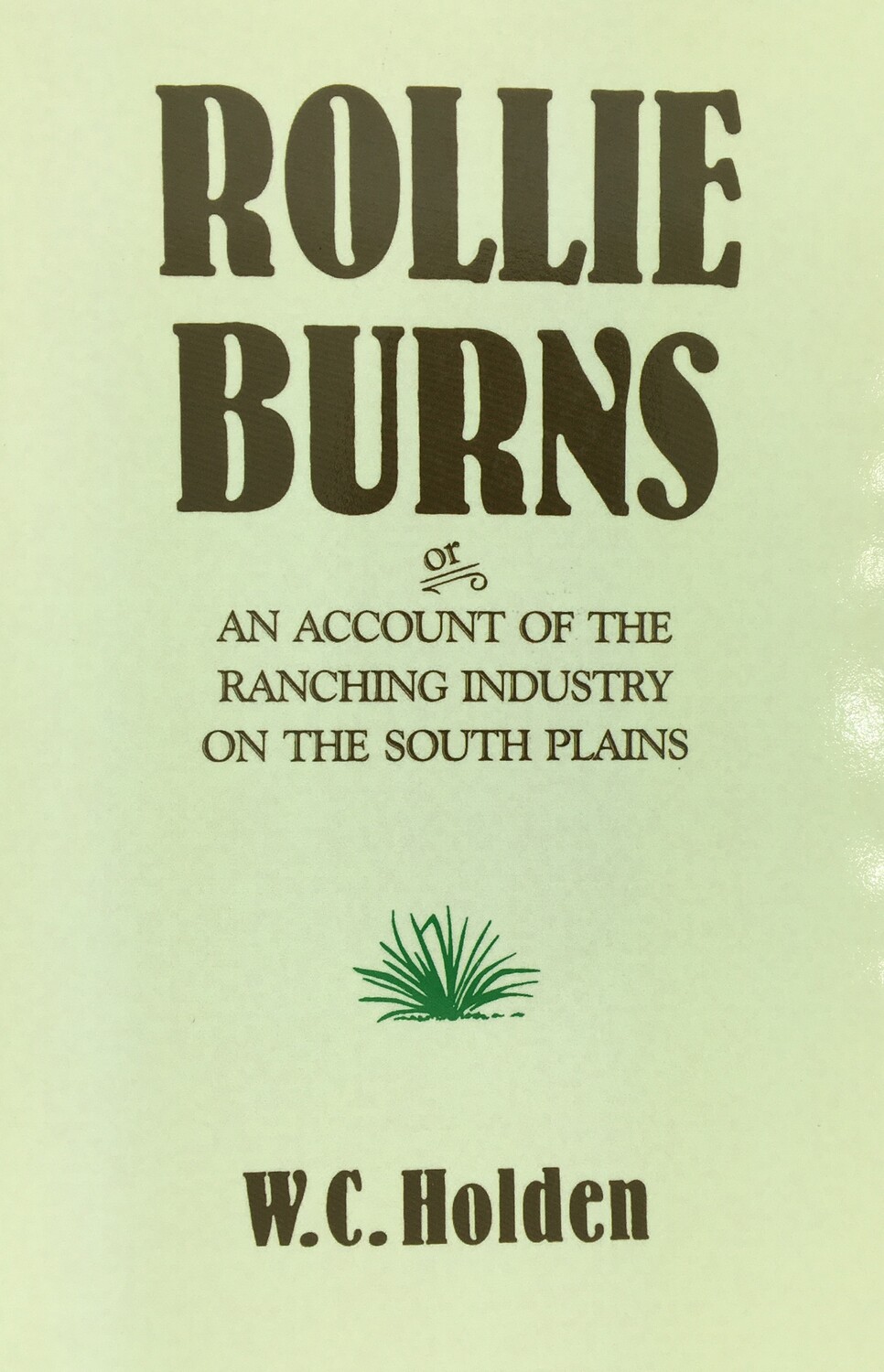 In 1925, when Rollie Burns turned sixty-eight, like many old-timers he decided it was time to write down his reminiscences of a long, full life on the West Texas plains. Born in 1857 in Missouri, he had been brought to Texas by his parents about the beginning of the Civil War, and he grew up near Denison, then the only shipping point on the cattle trail north and a fascinating place for boys who were to become cowboys. One month short of his sixteenth birthday Burns ran away from home to join a scouting expedition to the Texas Panhandle, and by the time he settled in the Lubbock area in 1881, he was an experienced buffalo hunter, scout, and bronc buster.

But it was as a cowboy and rancher that Rollie Burns made his reputation, and in these pages, a republication of the original 1932 edition, noted West Texas historian W. C. Holden tells Burns's story of a life filled with adventure. Here are scenes of cattle drives, rough towns, Indians, lobo wolves, double-dealing cattlemen, and all the other fabulous events, critters, and characters that made West Texas a legendary place.