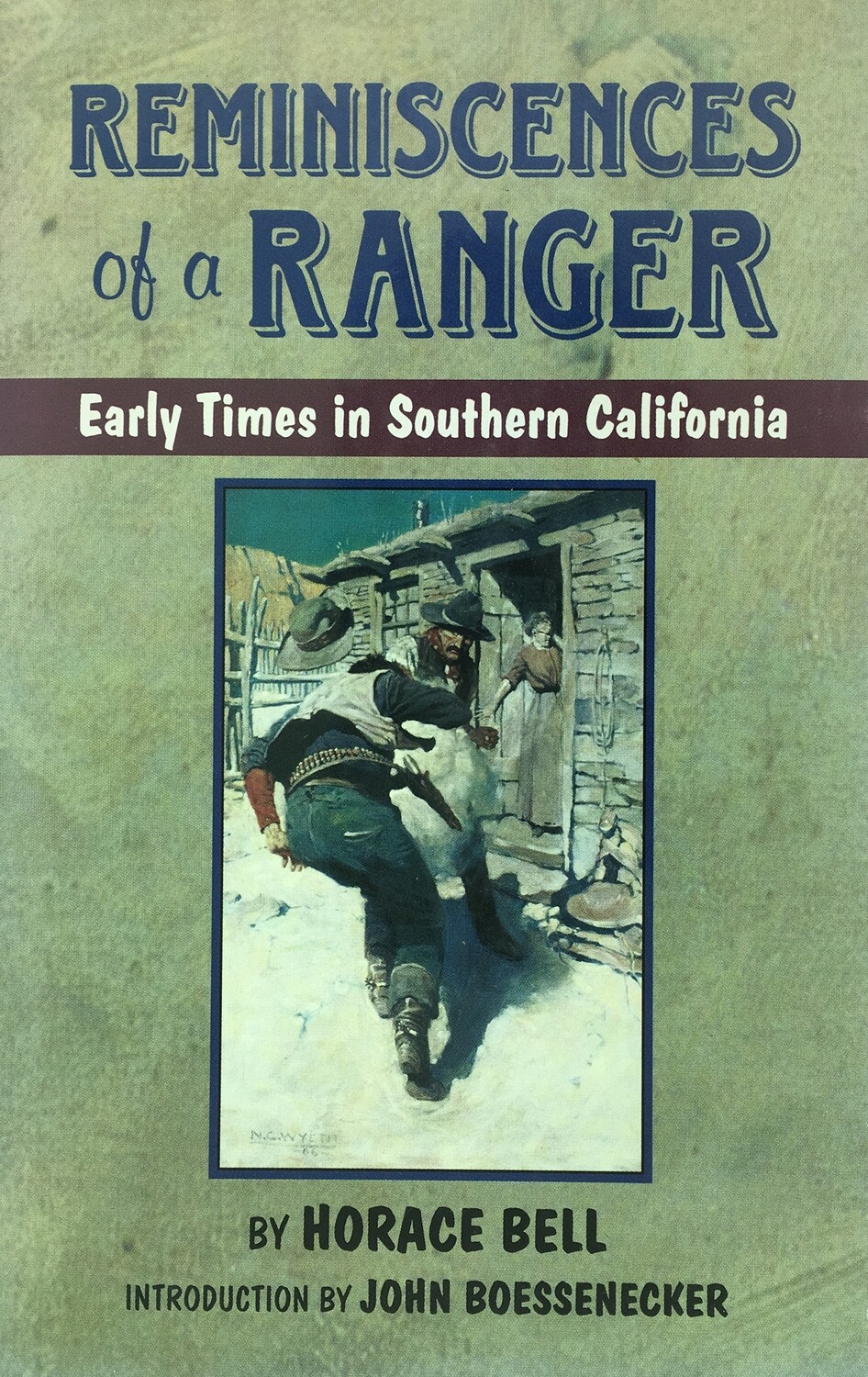 Reminiscences of a Ranger Hardback

The Los Angeles Rangers were no strangers to attempts upon their lives.

Midnight raids plagued the cities where Major Horace Bell and the other rangers were trying to maintain peace between the Mexicans, allied Indians and American people.

This personal and historical account, from Major Horace Bell, covers the years that Bell worked as a mounted ranger during the tumultuous handover period of a newly acquired Southern California territory from Mexico to the American government.

In his retelling of the events that occurred whilst he was stationed in the Southern Californian territory you will read of the dangers that faced these brave mountain rangers every day. Under the command of Captain Alexander Hope, Bell and many other ranger volunteers, signed up in hope of calming the rising tensions of the Mexican people in 1853.

Lawlessness, the cities of Tombstone and Dodge City, and gunfights go hand-in-hand when detailing the American West. However, it is the stories of the Los Angeles Rangers that remain absent from many historical biographies and accounts. Major Horace Bell, like many of the men working on the borders, hunted down murderous bandits and criminals, several of which had connections to the perilless syndicate of Joaquin Murrieta’s band.

Horace Bell (1830 – 1918) was active in the American era of 19th century California, especially in the Los Angeles region. He was a Los Angeles Ranger, filibuster, soldier, lawyer, journalist and newspaper publisher, and author of two Southern California history books.