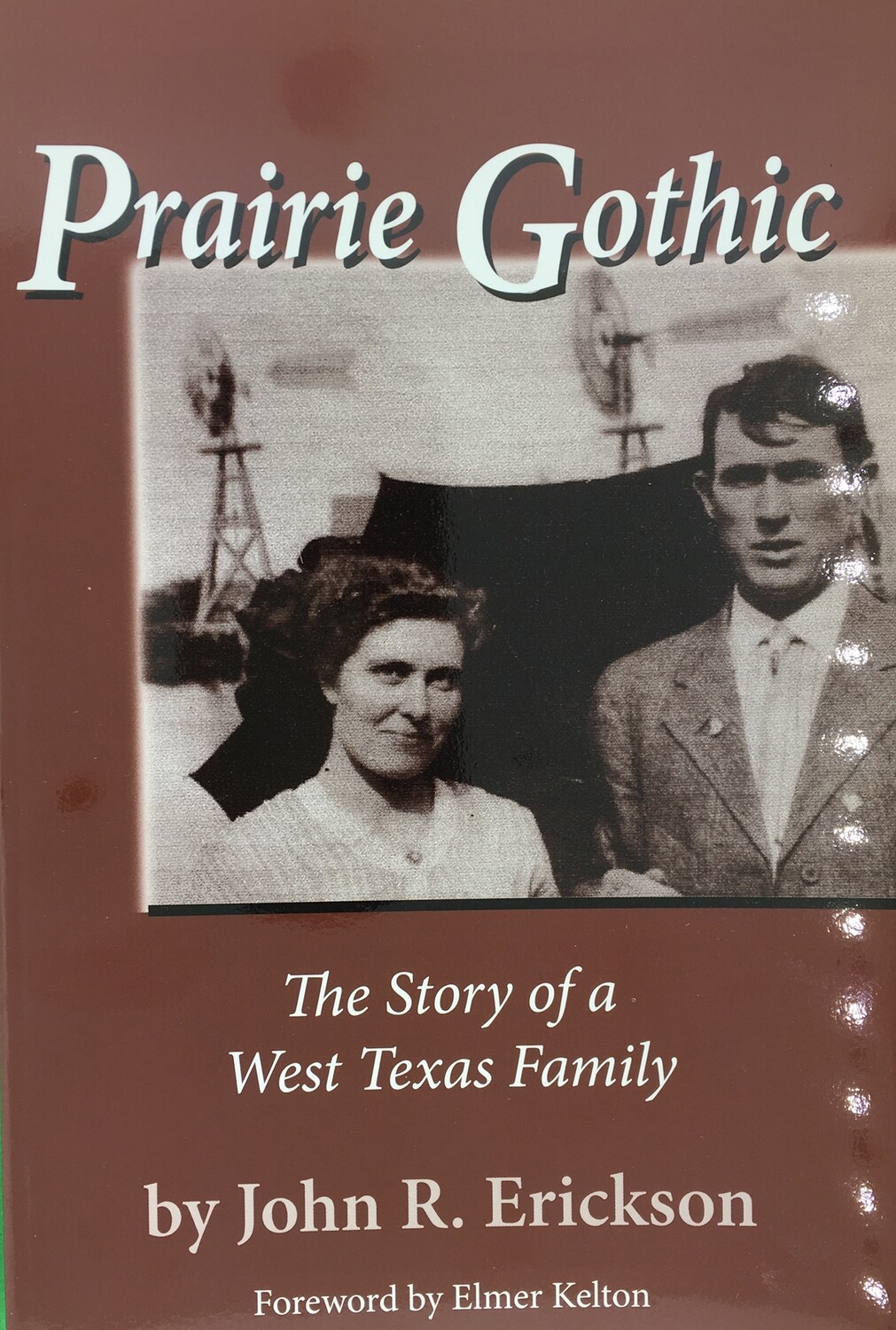 Prairie Gothic is full of Texas lore. Erickson tells the story of people in the context of a specific place. This place, instrumental in shaping their lives, is the flatland prairie of northwestern Texas that has gone by various names (High Plains, South Plains, Staked Plains, and Llano Estacado), as well as the rugged country on its eastern boundary, often referred to as the “caprock canyonlands.”

One branch of Erickson’s family arrived in Texas in 1858, settling in Parker County, west of Weatherford. Another branch, sturdy Quaker farmers from Ohio, helped establish the first Anglo settlement on the Llano Estacado in 1881, near present-day Lubbock.

Erickson’s family interacts with significant historical figures, such as Cynthia Ann Parker, and includes members of the Estacado Quaker colony. There is the story of Martha Sherman, who died at the hands of the Comanche, and the tale of the notorious outlaw Tom Ross. Prairie Gothic also includes Erickson’s encounters with famous Texas writers, such as John Graves and J. Evetts Haley.

Burrowing deep into his West Texas roots, Erickson discovered people of substance and strong character, made that way in part by the challenges they faced in a harsh environment. He has created a fascinating blend of family and regional history. Excerpts from journals, letters, and other original sources enrich the narrative.