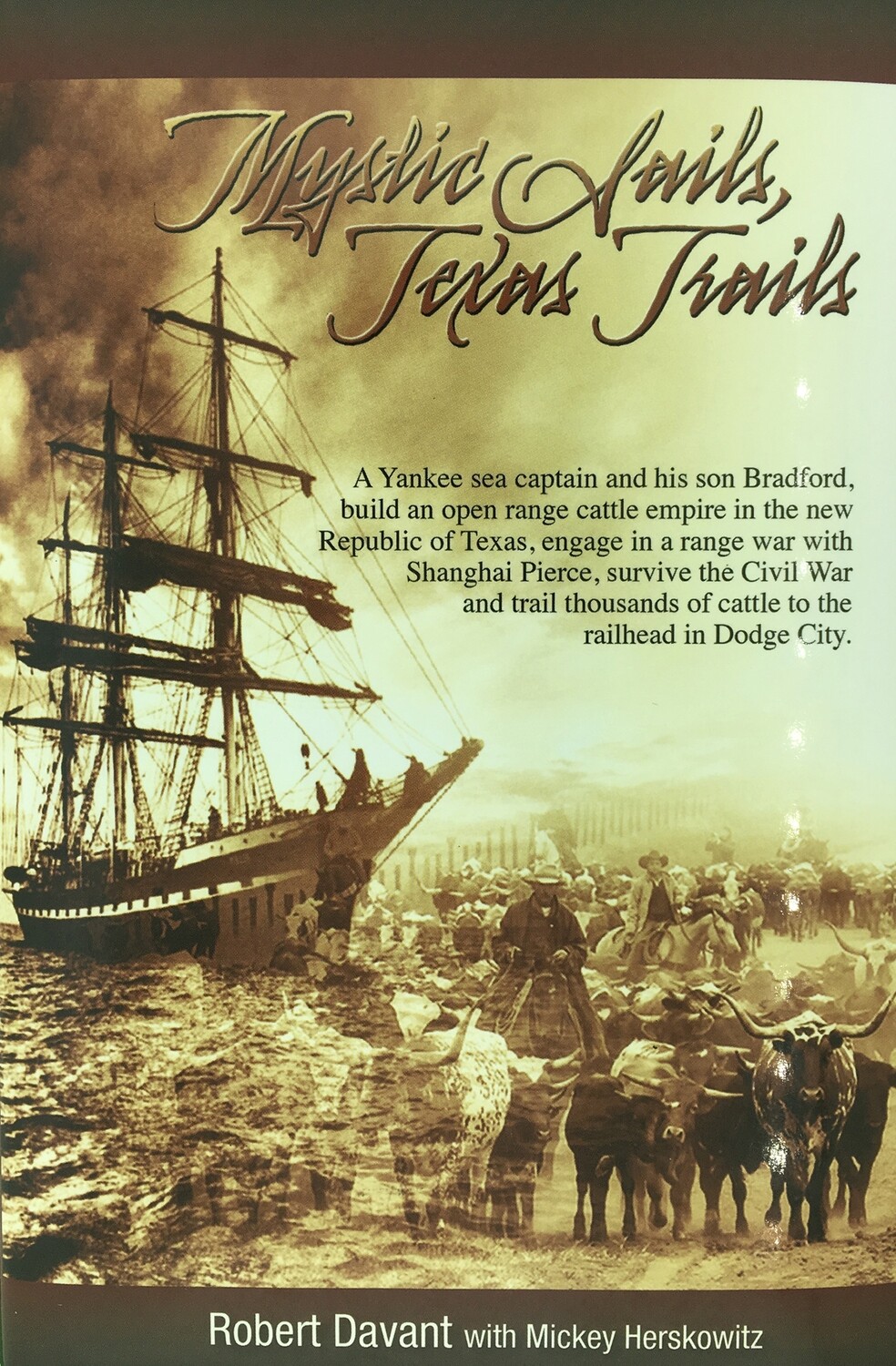 This four-generation saga, written with Mickey Herskowitz, begins with Richard Grimes, who became a sea captain at the astonishing age of 21, and made the first of his fortunes carrying passengers from Mystic Seaport, Connecticut, to the West Indies. In 1821, he heard of the land grants being developed in the territory west of New Orleans and the port of Matagorda. It was the final year of Spanish rule, and the Captain began to sail and trade in the waters of what was now known as Mexican Texas, in the heart of the colony granted to Moses Austin. By 1836, he was sailing 2,400 miles to bring settlers, troops, gunpowder, whiskey and provisions to aid Texas in its struggle to free itself from Mexico.

After the war, as the new republic was coming to life, the Captain pursued maritime trading along the Texas and Louisiana coasts. When his son William Bradford Grimes joined him after years of schooling in the north, he made he gradual transition from life at sea to land and cattle baron. After the Civil War, Bradford established the legendary WBG ranch and led the first trail drives from Texas to Kansas along the Chisholm Trail.

Bradford eventually passed on the WBG Ranch to his children to move to Kansas City, where he became hugely successful in banking and the mercantile business.