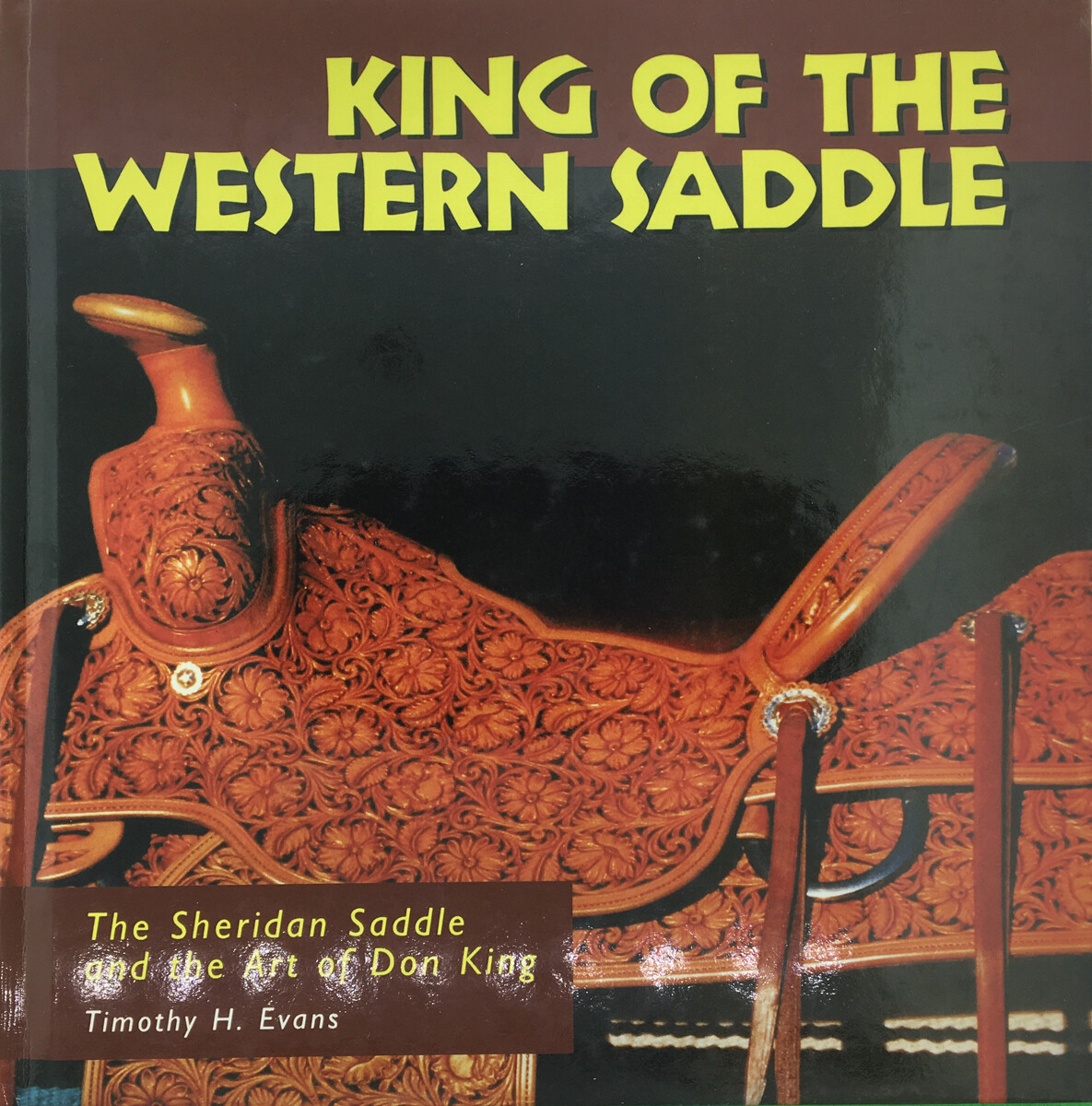 King of the Western Saddle

The saddle has become an American icon. Wranglers rely on saddles every day, but discerning outsiders favor them for image enhancement and self-expression. Thus saddles turn up in paintings, films, even advertisements for cigarettes and automobiles. In the marketplace of western memorabilia they have great value.

Saddles--sometimes intricately and exquisitely carved--are no longer merely cowboy paraphernalia. At their most elaborate, they have a highly developed aesthetic. In America, saddlemaking can be regarded as one of the most complex and distinctly regional of western crafts.

One of the most famous saddlemakers is Donald L. King of Sheridan, Wyoming. His Sheridan-style saddle, one of the finest of all western saddles in craftsmanship and beauty, is commissioned regularly for championship rodeo trophies and is prized by collectors.

The son of an itinerant cowboy, King was immersed in the traditions of ranch life and crafts from an early age. Today he is acknowledged as the creator of the most influential style in western leathercraft. His intricate, hand-tooled works bear his signature emblem, the wild rose, and other floral elements. By the 1960s saddle aficionados had discovered him, and King's Saddlery became the center of a large community of saddlemakers. Within the following twenty years King had so profoundly influenced the aesthetics of his craft that he began to create saddles that were art objects for collectors, galleries, and museums.

This fascinating study of the Sheridan saddle and its creator not only highlights King's contributions but also traces the origins of the western saddle to its roots in Mexico and Spain.