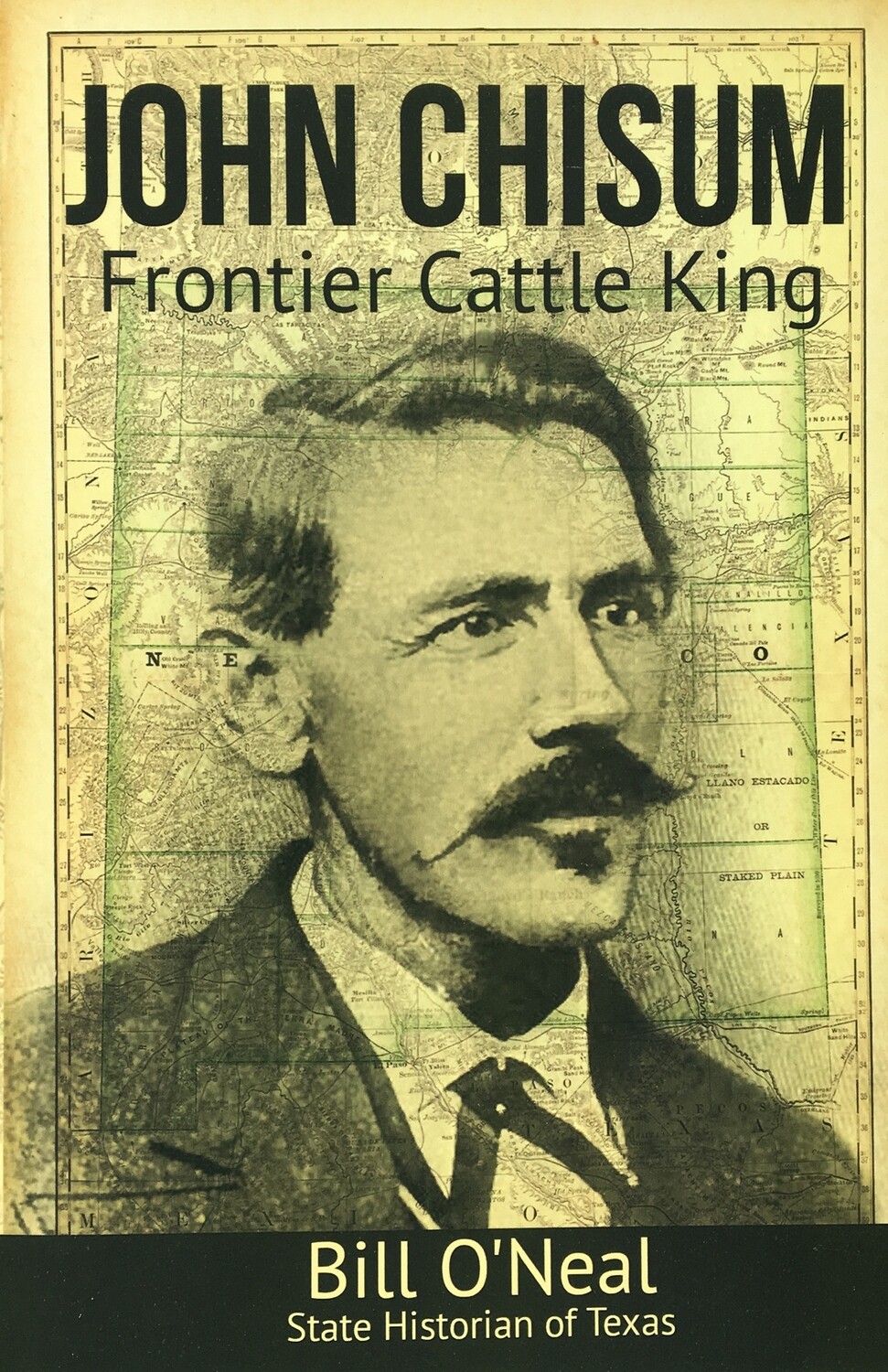 John Chisum was a legendary figure of the Old West cattle frontier. At thirteen he migrated with his family from Tennessee to the Republic of Texas. During the 1850s Chisum recognized opportunity in the fledgling range cattle industry, and within a few years his herds numbered in the tens of thousands. Chisum soon owned more cattle than any other individual in America, and his Jinglebob herds were the only cattle in the West known by an earmark rather than by a famous brand.

Chisum was a true pioneer, seeking open range grass farther and farther and still farther to the west. During three decades on a succession of frontier ranches, Chisum endured Indian raids, stock thievery, drought, financial reverses, and the murderous Lincoln County War. Chisum had courage, a taste for adventure, a shrewd head for business, and he confidently operated his risky frontier profession on an enormous scale.

His last ranch was the biggest, stretching for 200 miles along the Pecos River and grazing as many as 80,000 head of Jinglebob cattle. He built a headquarters complex worthy of a cattle king, relishing the role of host to one and all. After thirty spectacular years as a western rancher, Chisum died at sixty, just as his beloved open range was being enclosed by barbed wire. But he was known throughout cow country as the "Jinglebob King," the "Cattle King of the Pecos," and the "Cattle King of the West."