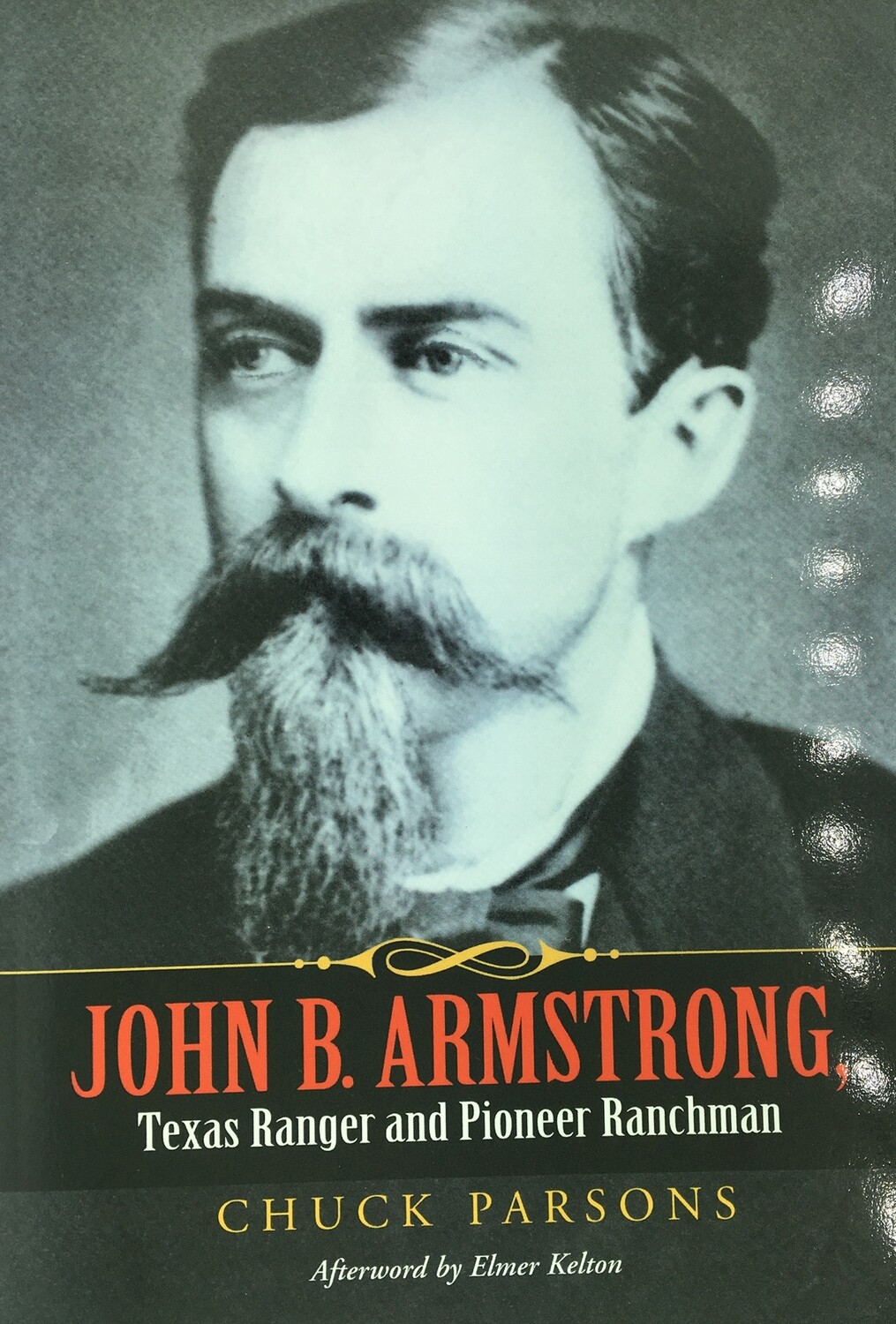 “Texas, by God!” cried notorious killer John Wesley Hardin when he saw a Colt .45 pointed at him on a train in Florida. At the other end of the pistol stood Texas Ranger John B. Armstrong.

Hardin’s arrest assured Armstrong a place in history, but his story is larger, fuller, and even more important—and until now it has never been told.

Serving in the Rangers’ famed Frontier Battalion from 1875 to 1878, Armstrong rode with Captain L. H. McNelly in the capture of King Fisher, was called to Round Rock when Sam Bass was cornered, and helped patrol the region caught in the Taylor-Sutton Feud. His more lasting legacy, though, was as founder of the Armstrong Ranch, an operation that remains active and important to this day. From this family base he helped change ranching techniques and was an important sponsor for bringing the railroads to South Texas. In the 1890s he joined a special Ranger division that supplemented the force’s efforts, especially in pursuit and apprehension of gunmen and cattle rustlers in the region.

As Elmer Kelton notes in his afterword to this book, “Chuck Parsons’ biography is a long-delayed and much-justified tribute to Armstrong’s service to Texas.” Parsons fills in the missing details of a Ranger and rancher’s life, correcting some common misconceptions and adding to the record of a legendary group of lawmen and pioneers.