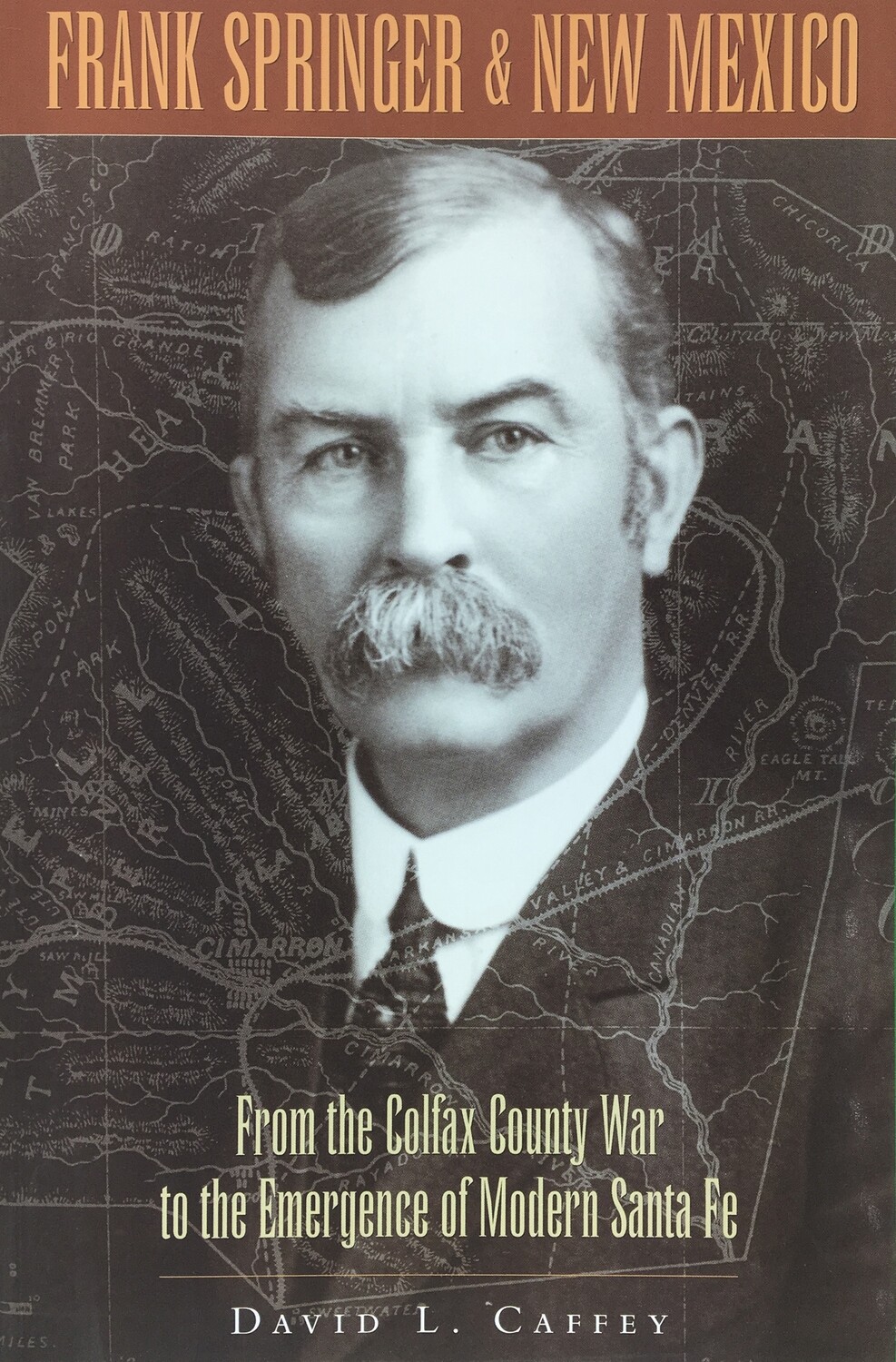 The country Frank Springer rode into in 1873 was one of immense beauty and abundant resources: grass and timber, wild game, precious metals, and a vast bed of commercial grade coal. It was also a stage upon which dramatic and sometimes violent events played out during Springer's ten-year residence in Cimarron, New Mexico.

A lawyer and newspaperman for the Maxwell Land Grant company and a foe of the speculators known as the Santa Fe Ring, Springer found himself in the middle of the Colfax County War. A man of many sides, he typified the Gilded Age entrepreneurs who transformed the territorial American Southwest.

He was also an intriguing personality, an introvert who engaged in very public activities, speaking to large audiences and leading in major civic endeavors. As president of the Maxwell Land Grant company, he also led in the development of mining, logging, ranching, and irrigation enterprises. A Supreme Court victory establishing title to the 1.7 million acre Maxwell grant earned him a reputation as a brilliant attorney. He also helped lay the foundations of New Mexico Highlands University, the Museum of New Mexico, and other cultural institutions.

Throughout his adult life, Springer also engaged in paleontological study, publishing his findings through the Smithsonian Institution and other leading scientific publishers. He amassed the largest collection in the world of a certain kind of fossil, a collection he donated to the Smithsonian, where it is still housed.

Frank Springer's influence on New Mexico's economic development was far-reaching and lasting. A thorough biography of the energetic Springer, this book offers insight into many colorful episodes in the region's history and the way a certain breed of Anglo-centric men left their stamp on the land and its people.