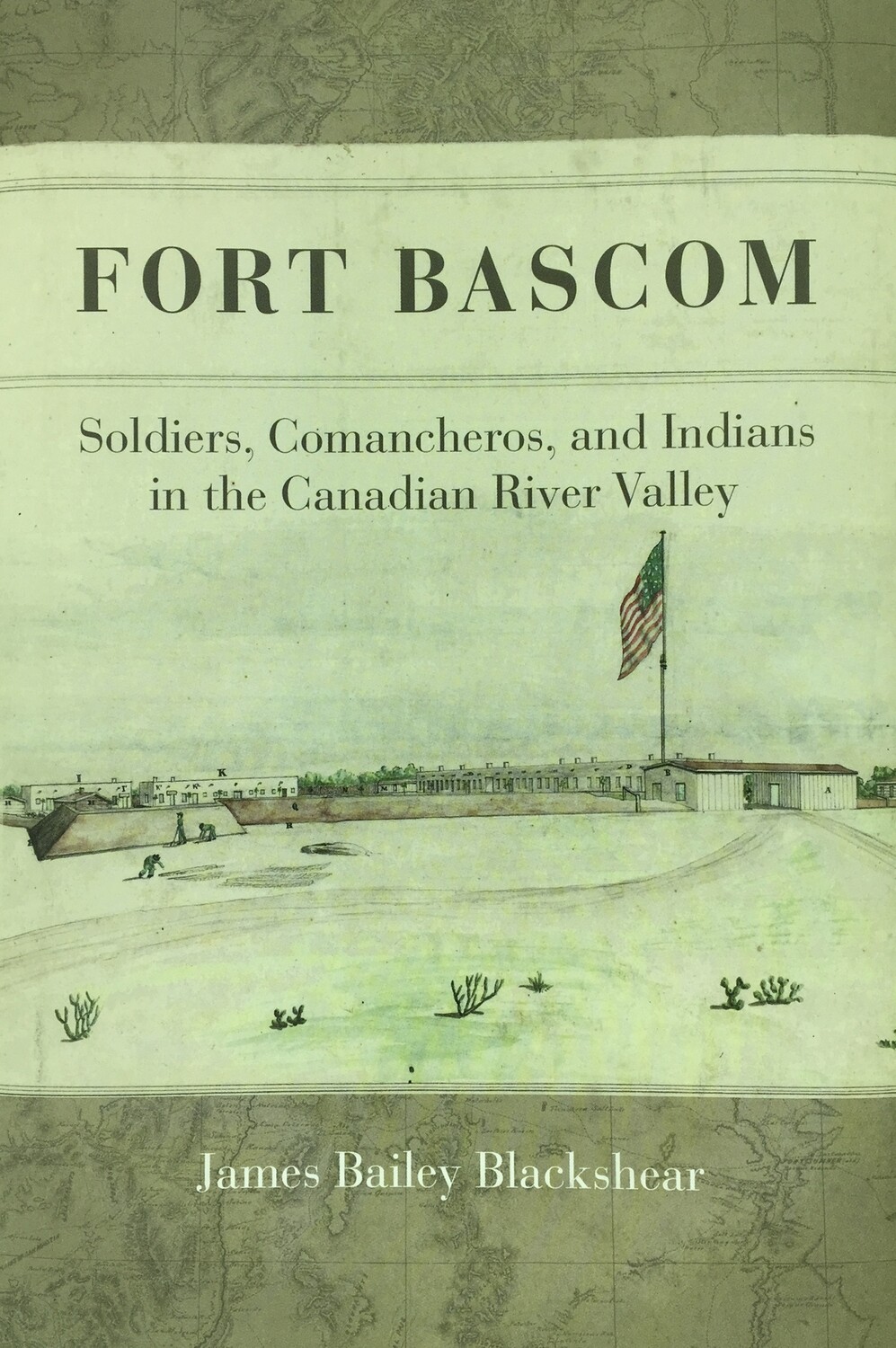 Motorists traveling along State Highway 104 north of Tucumcari, New Mexico, may notice a sign indicating the location of Fort Bascom. The post itself is long gone, its adobe walls washed away. In 1863, the United States, fearing a second Confederate invasion of New Mexico Territory from Texas, built Fort Bascom. Until 1874, the troops stationed at this site on the Eroded Plains along the Canadian River defended Hispanic and Anglo-American settlements in eastern New Mexico and far western Texas against Comanches and other Southern Plains Indians.

In Fort Bascom, James Bailey Blackshear presents the definitive history of this critical outpost in the American Southwest, along with a detailed view of army life on the late-nineteenth-century western frontier. Located in the middle of what General William T. Sherman called “an awful country,” Fort Bascom’s hardships went beyond the army’s efforts to control the Comanches and Kiowas. Blackshear shows the difficulties of maintaining a post in a harsh environment where scarce water and forage, long supply lines, poorly constructed facilities, and monotonous duty tested soldiers’ endurance.

Fort Bascom also describes the social aspects of a frontier assignment and the impact of the Comanchero trade on military personnel and objectives, showing just how difficult it was for the army to subdue the Southern Plains Indians. Crucial to this enterprise were logistics, including procurement from civilian contractors of everything from beef to hay. Blackshear examines the strong links between New Mexican Comancheros and Comanches, detailing how the lure of illegal profits drew former military personnel into this black-market economy and revealing the influence of the Comanchero trade on Southwestern history.

This first full account of the unique challenges soldiers faced on the Texas frontier during and after the Civil War restores Fort Bascom to its rightful place in the history of the U.S. military and of U.S.-Indian relations in the American Southwest.