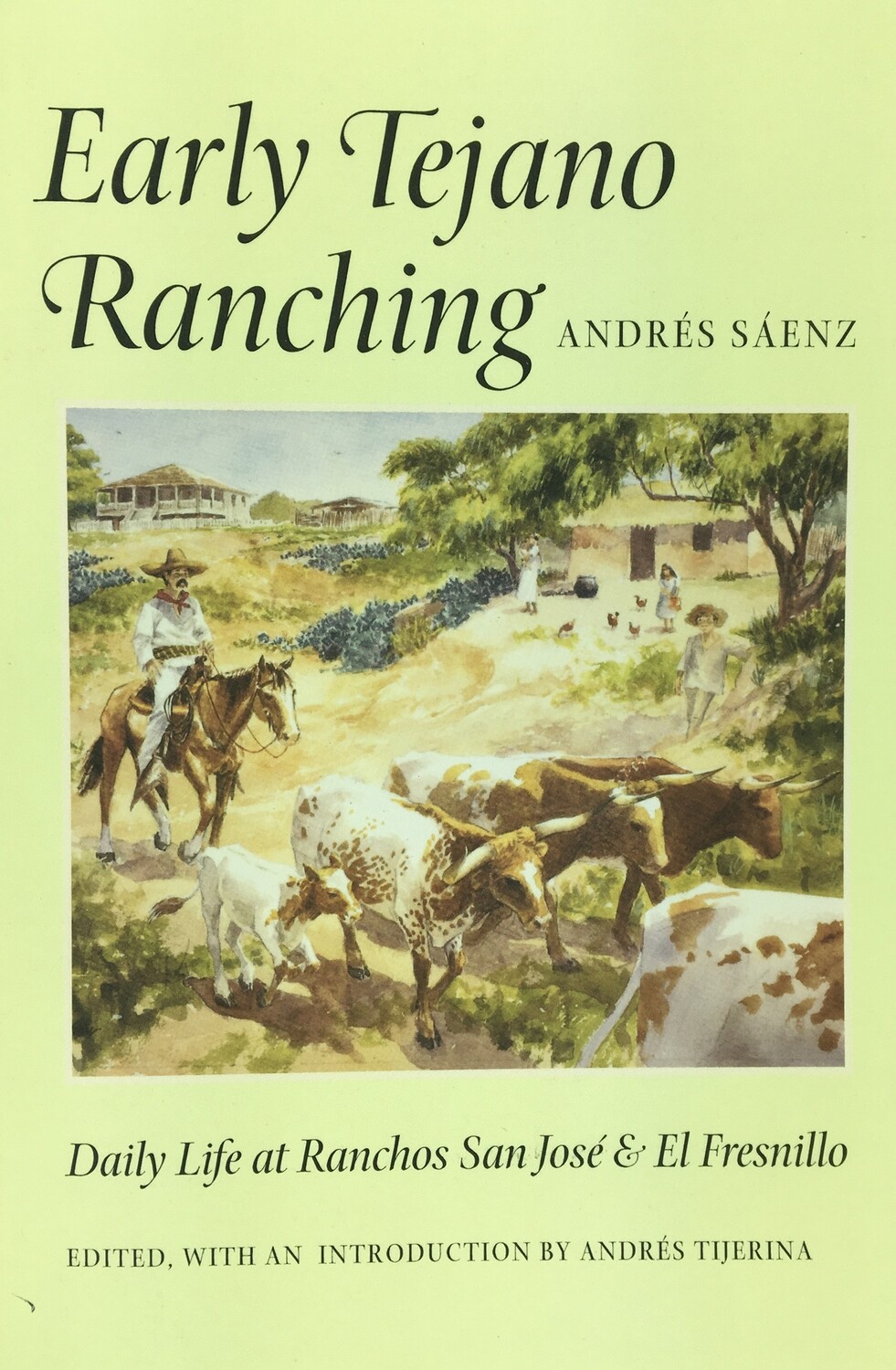 For two and a half centuries Tejanos have lived and ranched on the land of South Texas, establishing many homesteads and communities. This modest book tells the story of one such family, the Sáenzes, who established Ranchos San José and El Fresnillo. Obtaining land grants from the municipality of Mier in the Mexican state of Tamaulipas, these settlers crossed the Wild Horse Desert, known as Desierto Muerto, into present-day Duval County in the 1850s and 1860s.

Through the simple, direct telling of his family’s stories, Andrés Sáenz lets readers learn about their homes of piedra (stone) and sillares (large blocks of limestone or sandstone), as well as the jacales (thatched-roof log huts) in which people of more modest means lived. He describes the cattle raising that formed the basis of Texas ranching, the carts used for transporting goods, the ways curanderas treated the sick, the food people ate, and how they cooked it. Marriages and deaths, feasts and droughts, education, and domestic arts are all recreated through the words of this descendent, who recorded the stories handed down through generations.

The accounts celebrate a way of life without glamorizing it or distorting the hardships. The many photographs record a picturesque past in fascinating images. Those who seek to understand the ranching and ethnic heritage of Texas will enjoy and profit from Early Tejano Ranching.