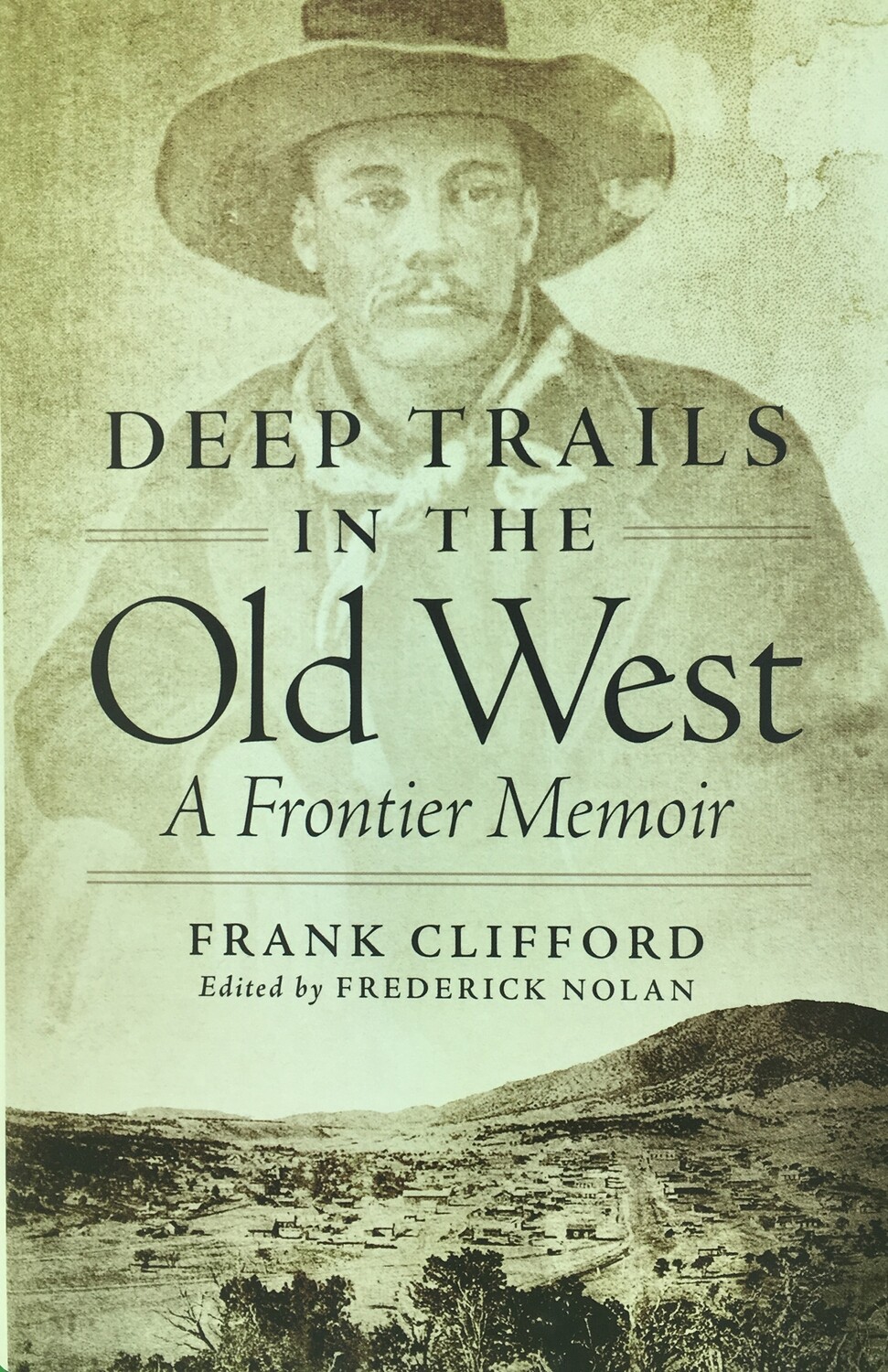 Deep Trails in the Old West

Cowboy and drifter Frank Clifford lived a lot of lives—and raised a lot of hell—in the first quarter of his life. The number of times he changed his name—Clifford being just one of them—suggests that he often traveled just steps ahead of the law. During the 1870s and 1880s his restless spirit led him all over the Southwest, crossing the paths of many of the era’s most notorious characters, most notably Clay Allison and Billy the Kid.

More than just an entertaining and informative narrative of his Wild West adventures, Clifford’s memoir also paints a picture of how ranchers and ordinary folk lived, worked, and stayed alive during those tumultuous years. Written in 1940 and edited and annotated by Frederick Nolan, Deep Trails in the Old West is likely one of the last eyewitness histories of the old West ever to be discovered.

As Frank Clifford, the author rode with outlaw Clay Allison’s Colfax County vigilantes, traveled with Charlie Siringo, cowboyed on the Bell Ranch, contended with Apaches, and mined for gold in Hillsboro. In 1880 he was one of the Panhandle cowboys sent into New Mexico to recover cattle stolen by Billy the Kid and his compañeros—and in the process he got to know the Kid dangerously well.

In unveiling this work, Nolan faithfully preserves Clifford’s own words, providing helpful annotation without censoring either the author’s strong opinions or his racial biases. For all its roughness, Deep Trails in the Old West is a rich resource of frontier lore, customs, and manners, told by a man who saw the Old West at its wildest—and lived to tell the tale.