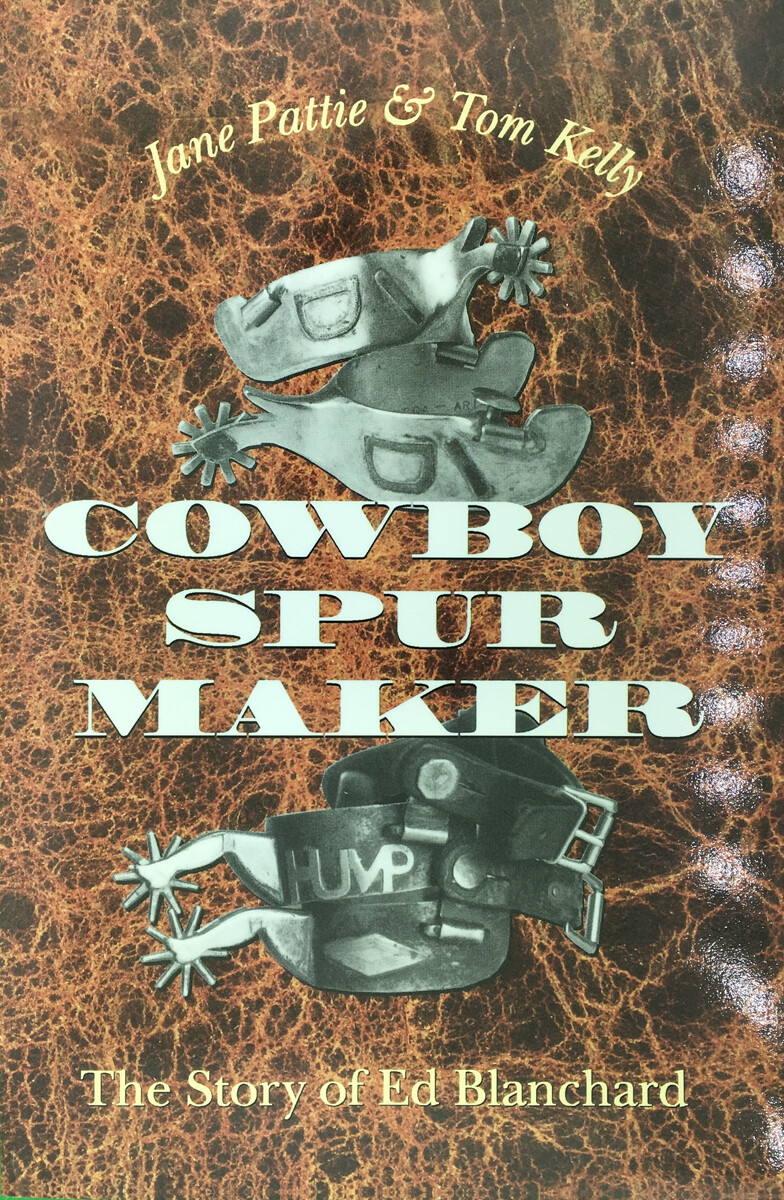 by Jane Pattie and Tom Kelly

Ed Blanchard was best known for making spurs that fit a cowboy's boots. Yet Blanchard was known to family and friends as a wild, reckless cowboy long before horsemen of the West recognized him as a master maker of cowboy spurs. It was his years spent herding cattle and cinching his saddle on broncs that taught him his trade as both a cowboy and a spur maker.

This lively, illustrated story of the man and his craft relies heavily on the memories of Blanchard's cousin, New Mexico rancher Tom Kelly of Water Canyon, who grew up with Ed and his friends. Co-author Jane Pattie has researched the times and added historical background, and she has also drawn on interviews she did with Blanchard for her earlier book, Cowboy Spurs and Their Makers. But it is from Kelly that she has uncovered Blanchard's work in the cattle business and how he learned from a neighboring rancher the art of hammering hot steel into the shape of spurs. Kelly's ranch life as well as his own spurs are also pictured in this attractive and inviting little volume.

Together, Pattie and Kelly tell a dual tale of old times and of change: the story of spur making as experienced by one of its more prolific practitioners and the story of cowboys in the early part of the twentieth century. Through Blanchard's experiences, the authors trace the changes of western life, from horse to pickup truck, from hand-forged spurs to those of commercial manufacture. Ranch life, cowboying, and metalworking in the American West are interwoven through the book, as they were in the real life of Ed Blanchard, who emerges from these pages as a humorous, down-home regional character readers will be glad to get to know.