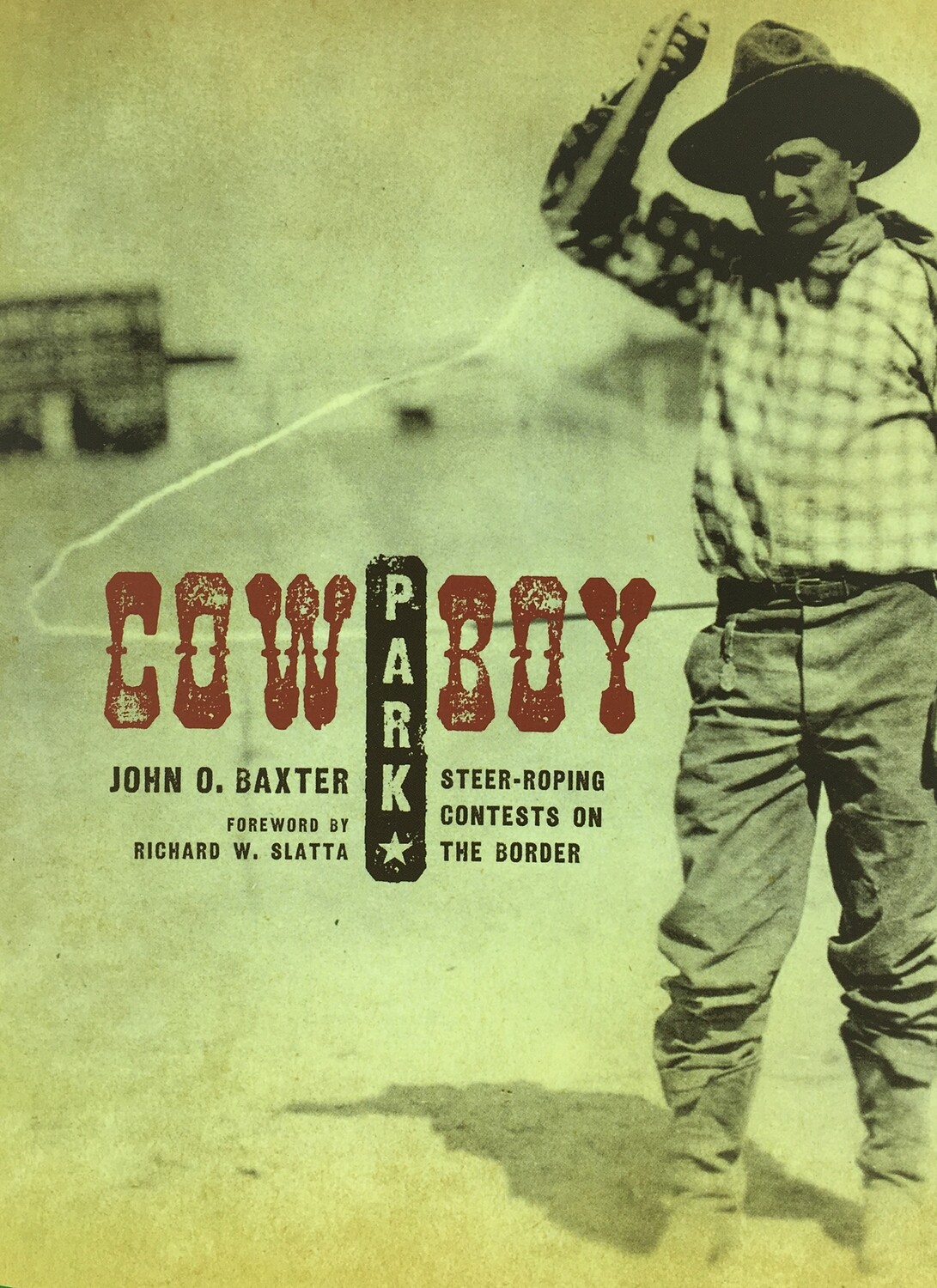 A century ago, when Texas, New Mexico, and Arizona outlawed steer roping contests, there was one place a southwestern roper could go to hone his skills: Cowboy Park, the arena established in 1907 in Ciudad Juárez, Mexico, just across the Rio Grande from El Paso, Texas.
During the formative years of rodeo that preceded the first Calgary Stampede in 1912, Cowboy Park promoted the sport of steer roping and provided a ready training ground for up-and-coming champions. From its inception until growing political turmoil in Mexico brought the enterprise to a halt, Cowboy Park kept the sport alive and fostered celebrity―its “alumni” swept the first prizes in Calgary and continued to dominate for some years. This unique institution, despite its significant influence on the future of rodeo, has until now received scant attention.
Through the history he has recovered and photographs―many published here for the first time―John Baxter documents and illuminates the era of Cowboy Park and the early champions who won their spurs there.

“Rodeo fans will find some familiar names . . . and places here―Guy Weadick, Zack and Lucille Mulhall, Bill Pickett, Will Rogers, Fog Horn Clancy, Guy Allen, Dan Patch, and Calgary, Pendleton, and Cheyenne. But most of the names will be unfamiliar, all but forgotten in the annals of early rodeo. [Baxter’s] penetrating and original research is underpinned by the use of nearly fifty different newspapers from around the country.” ―Richard W. Slatta, from the foreword.