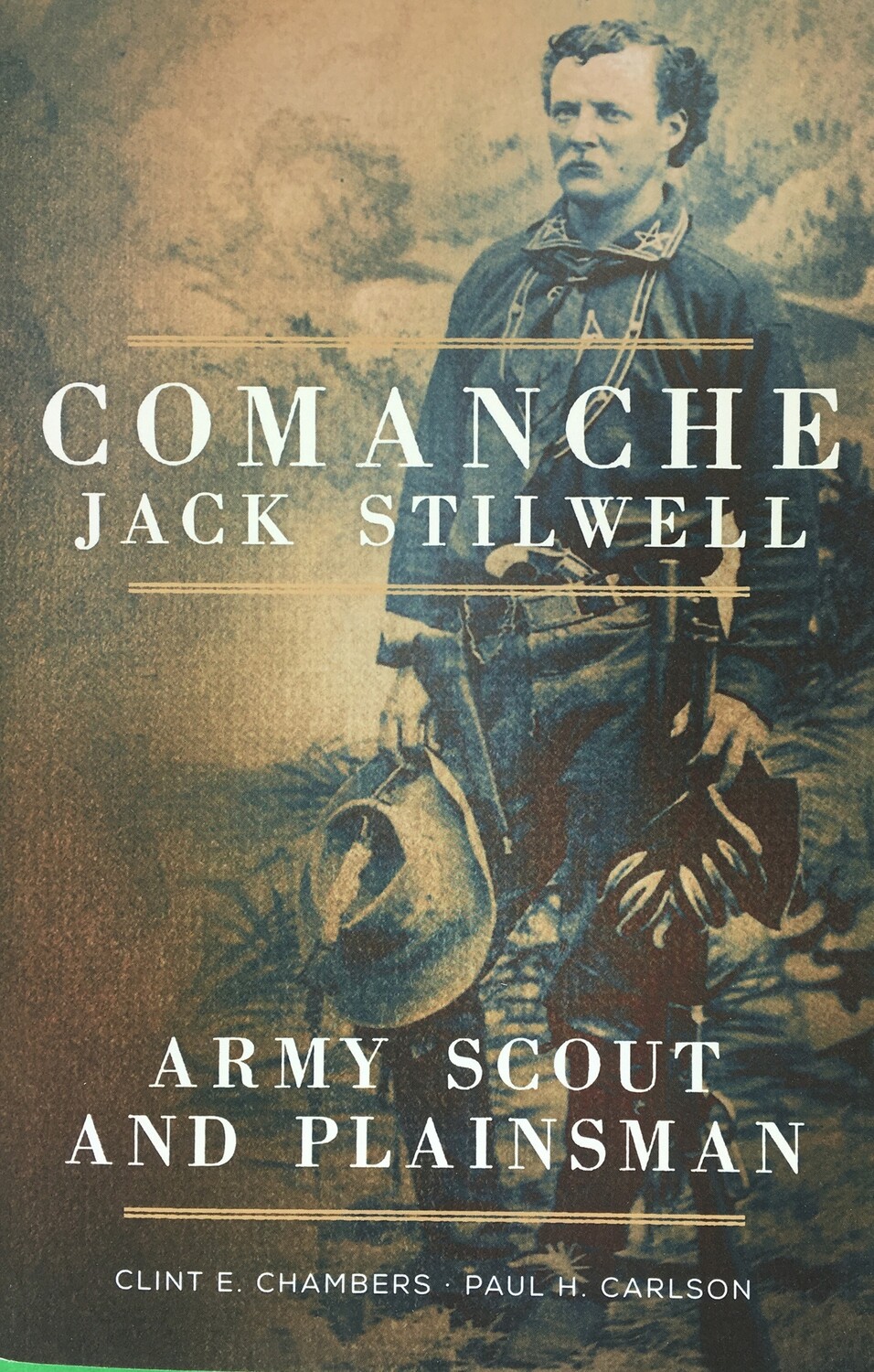 In 1863, the thirteen-year-old boy who would come to be called Comanche Jack was sent to the well to fetch water. Instead, he joined a wagon train bound for Santa Fe. Thus began the exploits of Simpson E. “Jack” Stilwell (1850–1903), a man generally known for slipping through Indian lines to get help for some fifty frontiersmen besieged by the Cheyenne at Beecher Island in 1868. Daring as his part in the rescue might have been, it was only one noteworthy episode of many in Comanche Jack Stilwell’s life—a life whose rollicking story is finally told here in full.

In his later years, Stilwell crafted his own legend as a celebrated raconteur. Authors Clint E. Chambers (whose grandfather was Stilwell’s nephew) and Paul H. Carlson scour the available primary and secondary sources to find the unvarnished truth and remarkable facts behind the legend. In a crisp, fast-paced style, the narrative follows Stilwell from his precocious start as a teenage runaway turned teamster on the Santa Fe Trail to his later turns as lawyer, judge, U.S. marshal, hangman, and associate of Buffalo Bill Cody. Along the way, he learned Spanish, Comanche, and sign language, scouted for the U.S. Army, and became a friend of George A. Custer and an avowed, if failed, avenger of his kid brother Frank, an outlaw killed by Wyatt Earp.

Unfolding against the backdrop of the Civil War, cattle drives, the Indian Wars, the Oklahoma land rush, and the rough justice of the Wild West, Comanche Jack Stilwell takes a true American character out of the shadows of history and returns to the story of the West one of its defining figures.