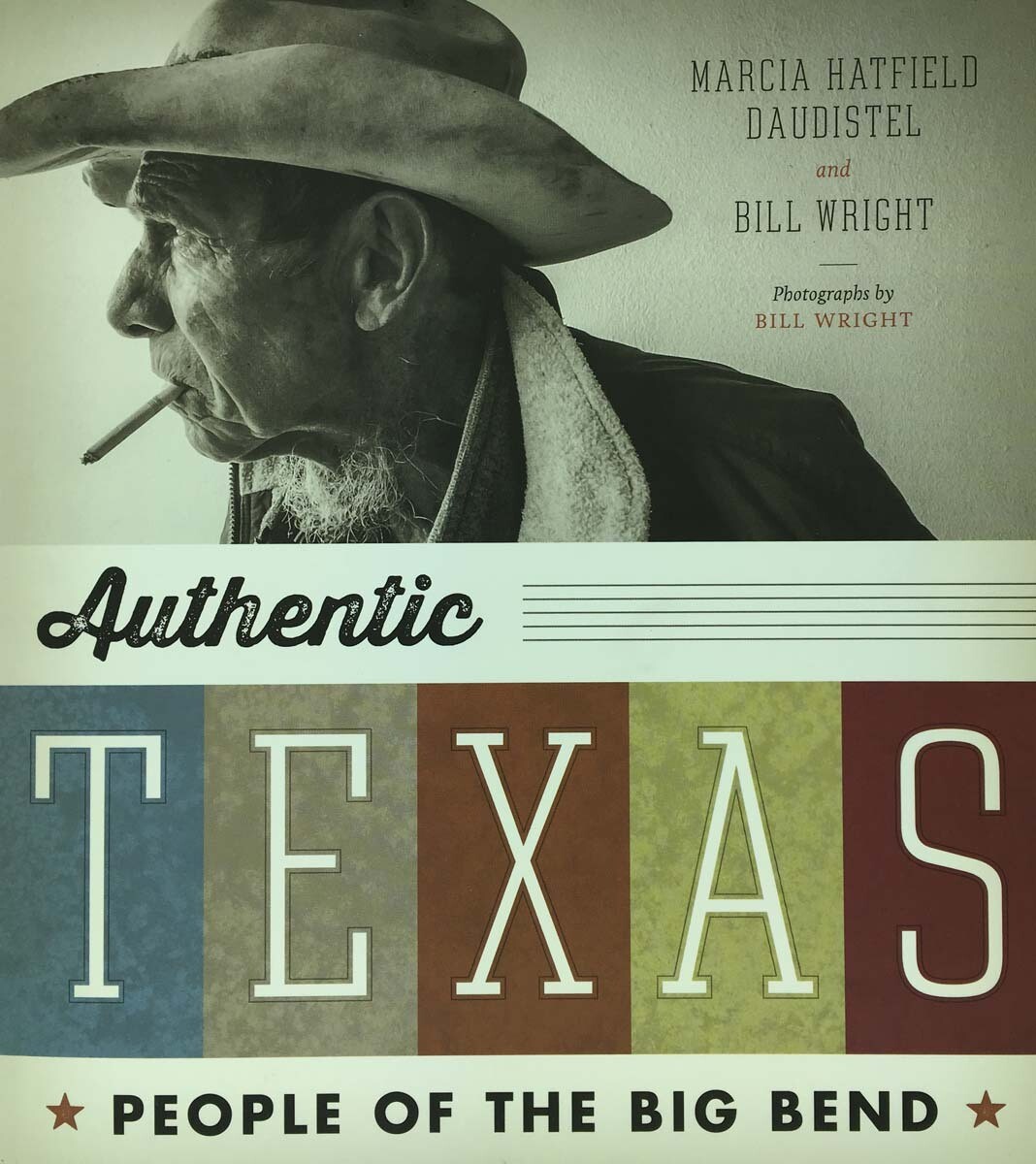 The Texas of vast open spaces inhabited by independent, self-reliant men and women may be more of a dream than a reality for the state’s largely urban population, but it still exists in the Big Bend. One of the most sparsely settled areas of the United States, the Big Bend attracts people who are willing to forego many modern conveniences for a lifestyle that proclaims “don’t fence me in.” Marcia Hatfield Daudistel and Bill Wright believe that the character traits exemplified by folks in the Big Bend—including self-sufficiency, friendliness, and neighborliness—go back to the founding of the state. In this book, they introduce us to several dozen Big Bend residents—old and young, long-settled and recently arrived, racially diverse—who show us what it means to be an authentic Texan.

Interviewing people in Marathon, Big Bend National Park, Terlingua, Redford, Presidio, Alpine, Marfa, Valentine, Balmorhea, Limpia Crossing, and Fort Davis, Daudistel and Wright discover the reasons why residents of the Big Bend make this remote area of Texas their permanent home. In talking to ranchers and writers, entrepreneurs and artists, people living off the grid and urban refugees, they find a common willingness to overcome difficulties through individual skill and initiative. As one interviewee remarks, you have to have a lot of “try” in you to make a life in the Big Bend. Bill Wright’s photographs of the people and landscapes are a perfect complement to the stories of these authentic Texans. Together, these voices and images offer the most complete, contemporary portrait of the Texas Big Bend.