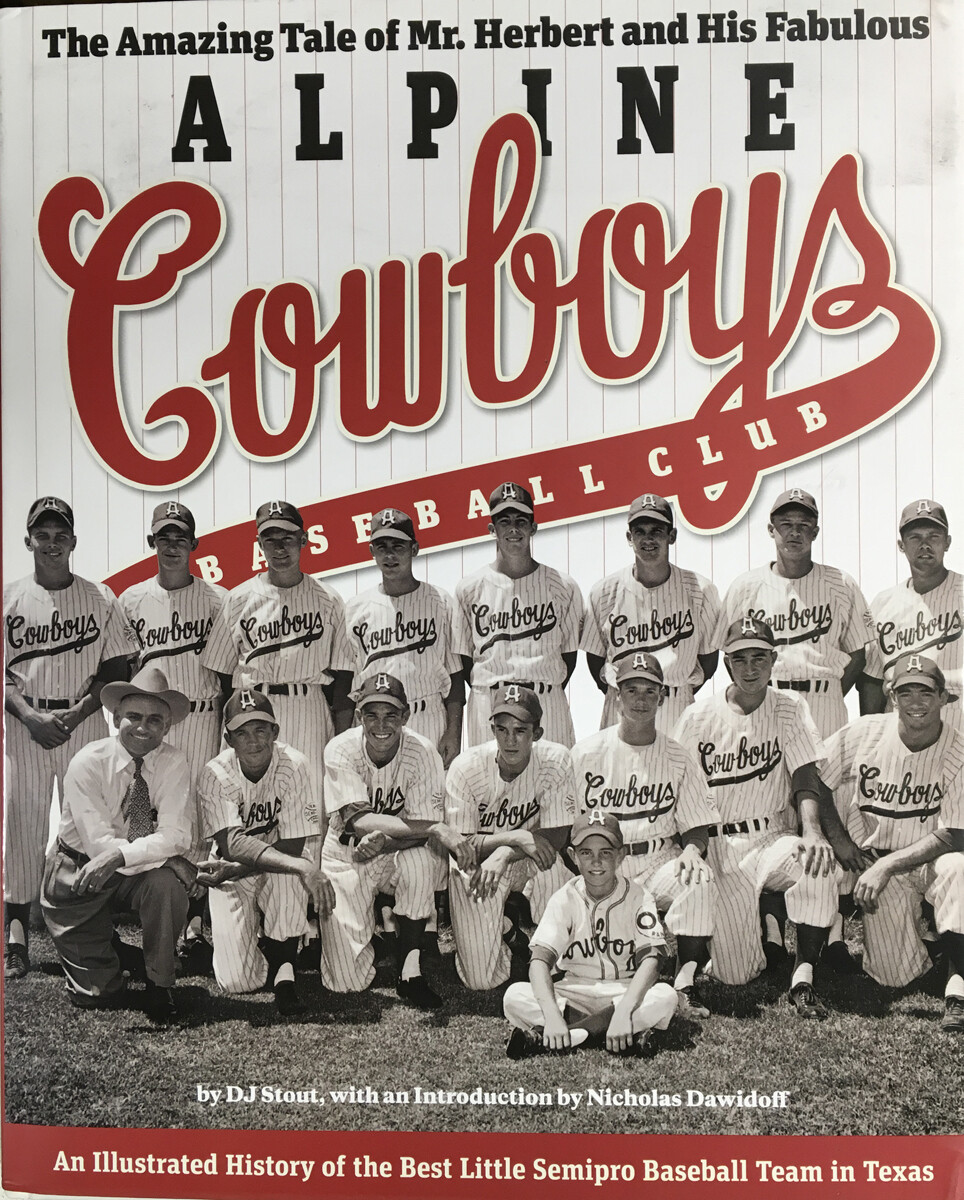 Back in the 1940s and 1950s, almost every small town in America had a baseball team. Most players were simply local heroes with a local following, but a few teams achieved fame far beyond their region. The Alpine Cowboys—despite being based in Texas's remote, sparsely populated Big Bend country—became a star in the firmament of semi-pro baseball. Lavishly underwritten by a wealthy rancher with a passion not only for baseball but even more for helping young men get a good start in life, the Cowboys played on a "field of dreams" whose facilities rivaled those of professional ballparks. Many Cowboys went on to play in the big leagues, and several pro teams, including the Pittsburgh Pirates, Chicago White Sox, and St. Louis Browns, came to play exhibition games at Kokernot Field.

The story of Herbert Kokernot Jr. and his Alpine Cowboys is a legend among baseball aficionados, but until now it has never been the subject of a book. DJ Stout, son of former Cowboys player Doyle Stout, presents a hall-of-fame-worthy collection of photographs, memorabilia, and reminiscences from Alpine Cowboys players, family members, and fans to capture fifteen years (1946–1961) of baseball at its finest. Nicholas Dawidoff's introduction, originally published in Sports Illustrated, tells the fascinating tale of "Mr. Herbert" and his determination to build a baseball team and ballpark that deserved to carry his ranch's 06 brand.

One of the most heartwarming episodes in the annals of the game, The Amazing Tale of Mr. Herbert and His Fabulous Alpine Cowboys is a fitting tribute to a man, a team, and a ballpark.