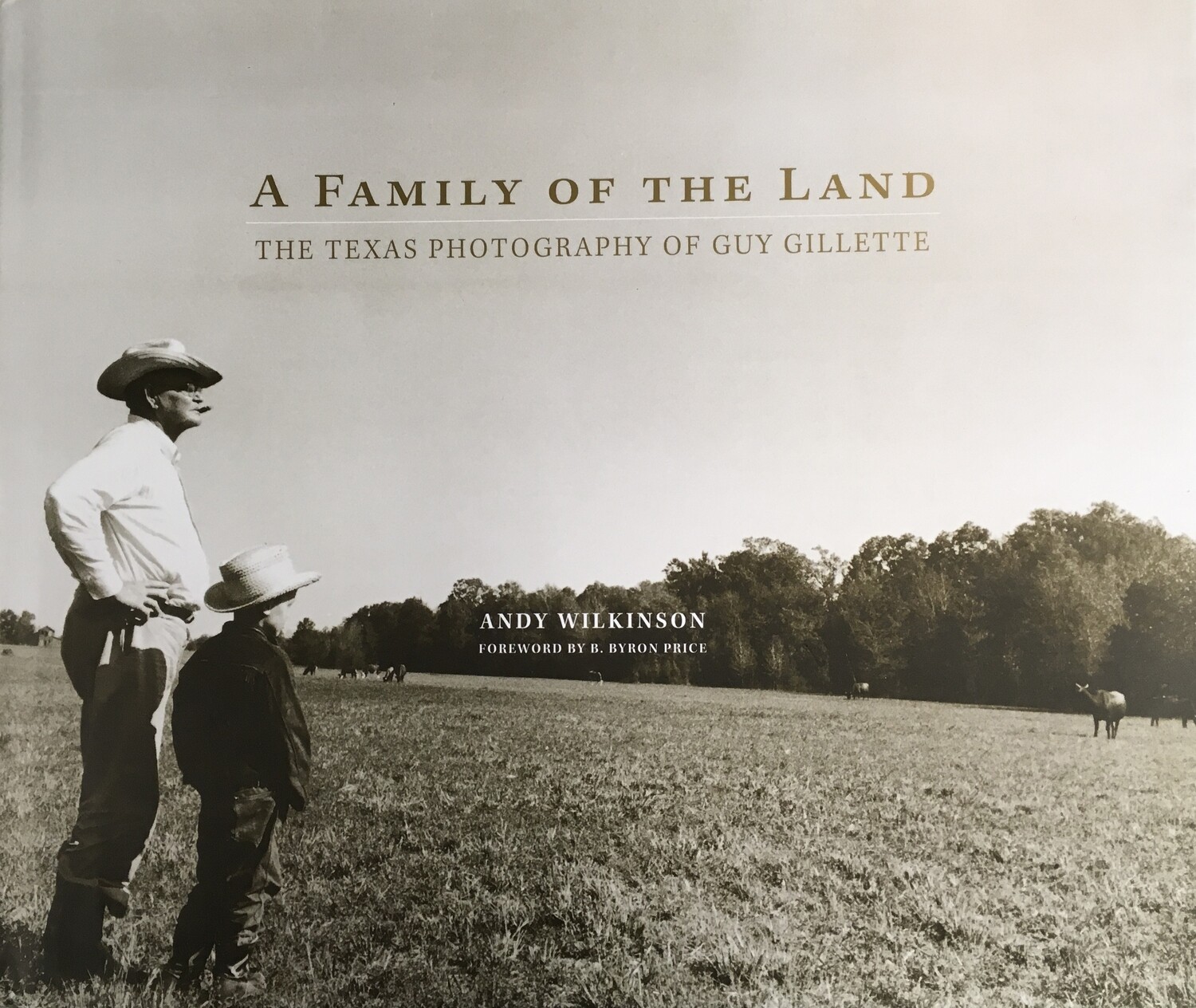 A Family of the Land

Since he first dreamed of a career in photography, Guy Gillette has traveled regularly to his wife’s family’s ranch, located outside the small town of Crockett, Texas. When Gillette first came to the Porter Place, as the ranch has always been known, he began to photograph the Porter family and their land. Thanks to Gillette’s sense of composition, these wonderful black-and-white photographs, dating from the 1940s, led to his career as a magazine photographer. Collected here for the first time, they document small-town life in East Texas, where Guy Gillette’s sons, the musical duo the Gillette Brothers, still run cattle. A Family of the Land offers a portrait of a community over a half century during which remarkably little has changed.

Midway between Dallas and Houston, the Porter Place is where the South meets the West. The pastures began as cotton fields carved out of piney woods, and the cowboys use southern curs to control the cattle. One of the photographs presented here, of a boy and his dog at the veterinarian’s office, is said to have moved Museum of Modern Art curator Edward Steichen to tears. Gillette also captures cowboys at work and at play, branding and marketing their animals, enjoying a game of dominoes, driving trucks with “2-50” air conditioning—two windows down, fifty miles an hour.

“Though photography is often called art,” says Gillette, “I have wanted to be artless: to be a documentarian, not an artist. . . . Telling a story was always the attraction of photography for me.” The story ends with the outdoor wedding of Guy Porter, one of the Gillette Brothers, at the Porter Place. Family, labor, and land remain, inseparable.